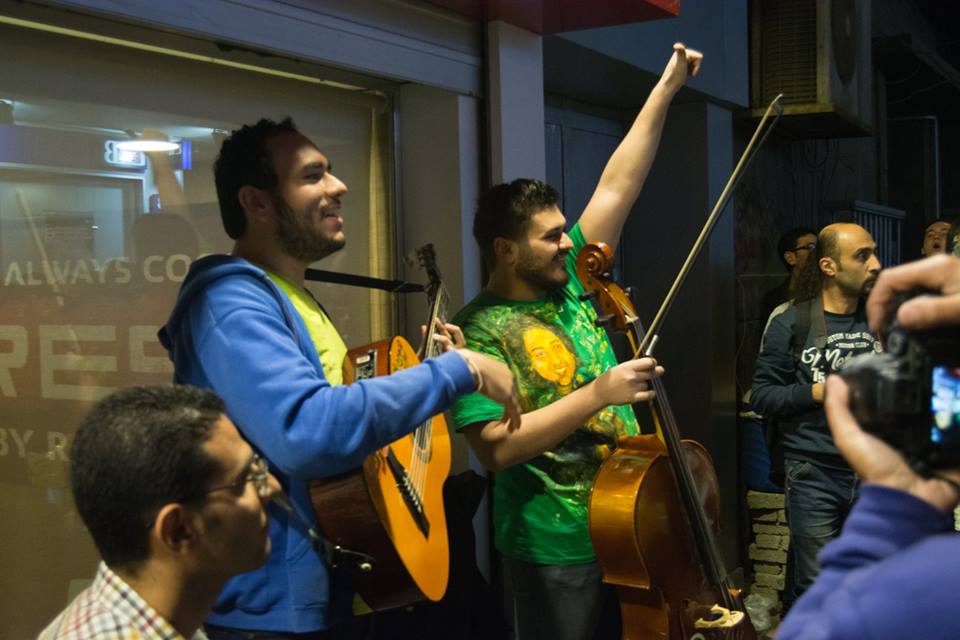 Since the beginning of Ramadan, TV series “La Totfe’ El-Shams” (Don’t Set the Sun) has succeeded in grabbing people’s attention, who passionately wait for every episode. With a mesmerising group of actors, interesting plot, and clever directing, the series’ popularity increases every day, not only in Egypt but in the whole Arab world.

Yet one random scene at the series might ruin the joy of watching it for its loyal audience. Lawyer Samir Sabry filed a lawsuit to Egypt’s General Prosecutor Nabil Sadek to stop airing the Ramadan series, claiming it offends President Al-Sisi.

This came after a scene of the most beloved young couple, “Adam and Habiba”, played by Ahmed Malek and Mai El-Gheity, who were walking together, while “Sisi is a traitor” was sprayed on one of the walls in the background.

The suit asks for the show to stop airing and to refer the director to trial for “offending the president”.

After the scene went viral on social media, it caused a wave of support and oppose.

People divided between who chapeau’d the director’s clever way of sending an indirect message of the mass’s feelings towards the president, and others who adopted Sabry’s point of view of seeing this as an offense.

The series’ production team has apologized for the “unintentional mistake” that led some of the “Muslim Brotherhood era’s leftovers” to be mistakenly captured on camera.

Soon after the 14th episode (in which the scene took place) was uploaded online, it was removed to be re-montaged. Soon after, it was re-uploaded with the words removed.

In the law suit, Sabry insists on stopping the series from being aired, as it also stars young actor Ahmed Malek, who previously “had intentionally offended the police on their celebration day.”

This accusation comes upon the social rollercoaster caused by the video Malek and his friend, young TV presenter Shady Abu-Zeid, uploaded on the 5th anniversary of the 25 January revolution, where they recorded themselves filling condoms with balloons and handing them to police officers at Tahrir Square.

Malek soon apologized for his action, stating that he was young, immature, and didn’t think that the video might cause such a dilemma in the Egyptian street.