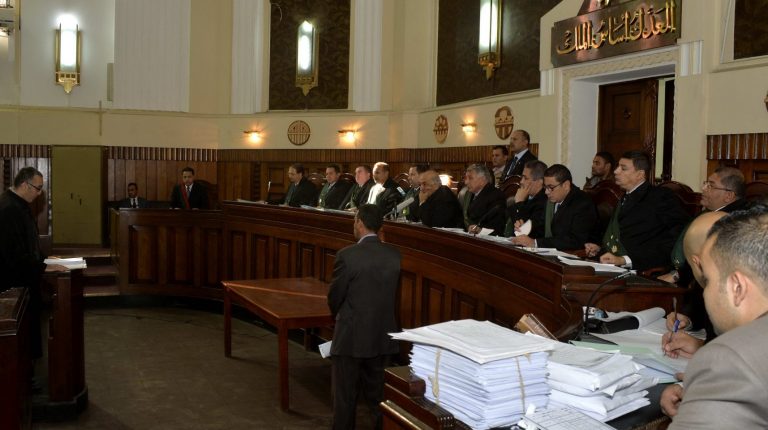 The Cairo Criminal Court adjourned on Tuesday the trial of 738 defendants in the case known as the “Rabaa dispersal” to 4 July in order to listen to witnesses.

The case charges the defendants, including the Muslim Brotherhood’s (MB) supreme guide, Mohamed Badie, and many of its most prominent members, such as Mohamed El-Beltagy, Essam Al-Eryan, Abd Al-Rahman Al-Bar, and Osama Yasin, alongside the independent photojournalist Mahmoud Abu Zeid, known as Shawkan, and others.

Defendants were accused of unauthorised assembly, use of force, premeditated murder, and the possession of weapons and bombs.

After the ouster of former president Mohamed Morsi, who was a senior member of the Muslim Brotherhood in July 2013, supporters of the brotherhood and other Islamist groups held protest sit-ins, the biggest of these at Cairo’s Rabaa Al-Adawiya Square.

The Rabaa Al-Adaweya sit-in was violently dispersed by the armed forces in August 2013, and hundreds were arrested, most of whom are currently being tried. The protesters were demonstrating against the ouster of Islamist president Mohamed Morsi. Shawkan was arrested among other journalists who were later released; however, the arbitrariness against him continues despite filing all the required documents to the court that proves he was assigned to cover the sit-in dispersal.