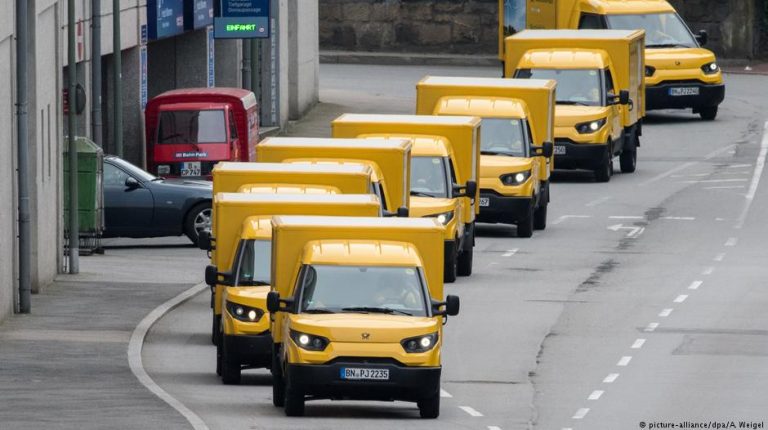 Production on the new vehicle, based on the chassis of the Ford Transit and larger than the delivery vehicle currently built by StreetScooter for Deutsche Post, is slated to begin in the coming months.

The partnership wants at least 2,500 of the vans manufactured by the end of 2018, Deutsche Post announced.

The move is the latest step in Deutsche Post’s surprising rise as a leading producer of all-electric vehicles.

The firm acquired Aachen-based StreetScooter in 2014 after the start-up developed an electric-battery vehicle specifically for mail delivery. The bright yellow “small cube van” is powered by 30 electric motors fed by lithium ion batteries and has an in-service range of 50 to 80 km.

Roughly 2,500 of the vehicles are currently on German roads for Deutsche Post.

The firm plans to replace its full fleet of 50,000 mail- and package-delivery vehicles with the battery-powered variants, and it will begin selling the vehicles to other businesses. Deutsche Post is expected to double its production to 20,000 vehicles annually with the opening of a new plant later this year in the western German state of Northrhine Westphalia.