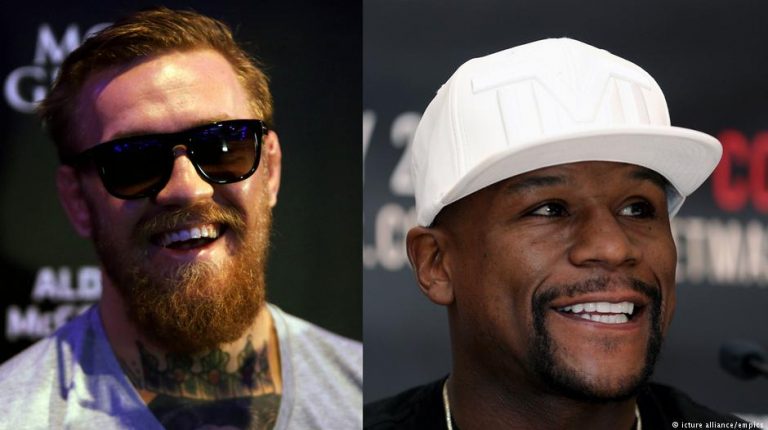 Two giants of the ring in different sports will go head-to-head in a long-waited showdown this August. The light middleweight fight in Las Vegas is expected to rake in millions and be the richest in history.Undefeated boxer Floyd Mayweather will come out of a two-year retirement to take on UFC kingpin Conor McGregor on August 26.

Dubbed “the impossible deal” by UFC president Dana White, the fight will take place at light middleweight level with both competitors to come in under 69 kg.

Mayweather is the clear favorite, but McGregor specializes in aggressive knockouts. His supporters believe his youthfulness and flexbility will get the better of the 40-year-old from Michigan. The Irish mixed martial arts champion wrote on social media: “The fight is on.”

His competitor, Floyd Mayweather, is undefeated in the ring and is aiming to reach a milestone of 50 victories without defeat. The American has been involved in some of the biggest grossing bouts in boxing history with his matchup against Manny Pacquiaoearning more than $250 million. Some experts have predicted this cross-fight could net more than double that at the final counting.

However, the mega fight has prompted criticism in-and-out of the ring with boxing legend Oscar De La Hoya described the event as a ‘circus’ in an open letter to fans of the sport.

“I write in the hopes that together we can protect the sport of boxing,” he begins. “With each passing day, it looks more and more likely that the circus known as Floyd Mayweather Vs. Conor McGregor will be coming to town in the near future.

“Floyd’s and Conor’s motivation is clear. It’s money. In fact, they don’t even pretend it’s not. But it’s also a lack of consequences for when the fight ends up being the disaster that is predicted. After this fight, neither of them will need us anymore.