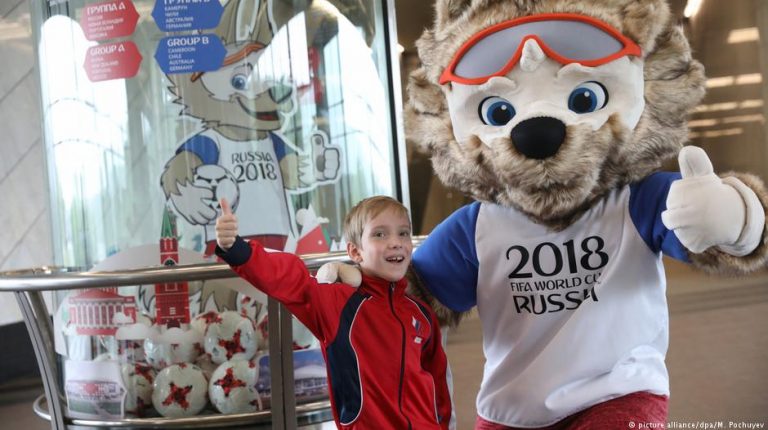 Germany are not sending their best team to the Confed Cup, a tournament which German FA President Reinhard Grindel has described as “obsolete.” However, there is still value in playing it, writes DW’s Davis Van Opdorp.Germany have played 46 international games since the beginning of 2014. They have reached at least the semifinals in every World Cup and European Championship since 2006.

So it is understandable that the German football association (DFB) is not as enthusiastic about the Confederations Cup as their competitors. The Germans have done little to hide that fact, with DFB President Reinhard Grindel calling the competition “obsolete” and head coach Joachim Löw naming largely a reserve squad for this summer’s tournament.

As calls for the Confederations Cup to be done away with increase, there is one thing the competition’s European detractors should bear in mind: The tournament is not just for them.

FIFA, world football’s governing body, gets a lot of things wrong. However, the Confederations Cup at least makes logical sense. It honors the champions of each confederation – throwing in the last World Cup champion and the next World Cup host to round out the field.

Isn’t it rational to pit these tournament winners against one another to see who is best? Conceptually, it is certainly not “obsolete”.

Opportunity for the rest

The Confederations Cup has given nations like Australia, Japan, Cameroon, Mexico and the United States a chance to win an international trophy.

None of these countries have ever made it past the quarterfinals at a World Cup. Yet they have each appeared in – and in Mexico’s case, won – a final in this competition. European and South American competitors, ones that have dominated World Cup tournaments, may not find it worth their while to play them, but it is certainly not the case the other way around.

Take New Zealand for instance, who will represent the Oceanic Football Confederation (OFC). In the current World Cup format, the only chance they have to play in the World Cup is if they are the best team in the OFC and they win an intercontinental playoff.

The Confederations Cup is one of the only opportunities New Zealand’s players have to face world class players in their careers – in their country’s colors no less. That is certainly an opportunity worth flying halfway around the world to take advantage of.

Participating in their own way

Germany may have sent a “B squad” to Russia, but at least they are sending one. Since the Confederations Cup became an official FIFA tournament in 1997, Germany has twice declined to participate – in 1997 and in 2003. France (in 1999) and Italy (in 2003) are the only others to ever pass on participation in the tournament.

As FIFA and UEFA, European football’s governing body, continue to expand the tournament field for their top competitions, it is perfectly understandable for a team like Germany to give their top stars a rest. Löw said he knew well in advance that he was going to “polish his young players” at the Confederations Cup. It is certainly a clever way to find out which players should be in his World Cup squad next year.

But it seems every other country is taking the tournament seriously. Cristiano Ronaldo, who played in his third Champions League final in four years, will be representing his native Portugal. Chile, who has twice topped Argentina in Copa America tournaments in 2015 and 2016, are also bringing their best players.

If Germany doesn’t want to take the tournament seriously, that’s fine. Much of the rest of the world does.

Have something to say? You can leave your comment below. The thread will remain open for 24 hours after publication.