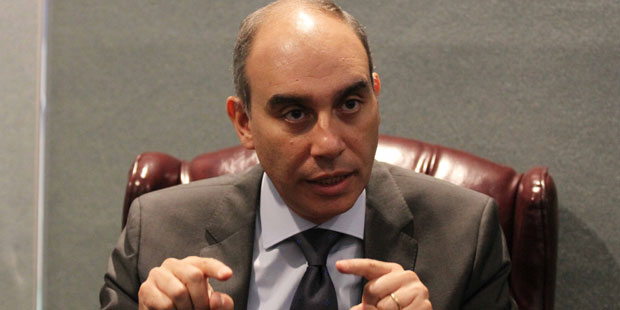 Ambassador Alaa Youssef denied statements attributed to him that an agreement was made between Hamas and former leader of the Fatah movement Mohamed Dahlan under the protection of Egypt. He denied the claims, made by a number of Palestinian news sites, on Saturday.

These reported statements circulated following the visit of Hamas leaders to Egypt in early June.

Youssef, spokesperson for the Egyptian presidency, asserted that he did not give any such statements to the media, denying their validity and describing them as “totally shameful”.

The reports referred to the talks about the agreement, which took place during the recent visit of the Hamas leaders to Egypt.

The Hamas delegation, led by the head of the political office in Gaza and the deputy of the interior ministry affiliated with the movement, arrived in Egypt on 5 June to meet with Egyptian security officials.

The visit was announced; however, no information was provided to the media about the discussion of the officials meetings.

Haartez, an Israeli newspaper, reported the cooperation between Cairo and the Palestinian Hamas movement, in light of the recent visit of leaders of the movement to Egypt.

These reports came amid Egypt, Saudi Arabia, and the United Arab Emirates cutting ties with Qatar for supporting and funding terror organisations.

The Interior Ministry and the Egyptian Prosecution have accused Hamas of training suspects who were arrested on suspicion of involvement with the assassination of former prosecutor general Hisham Barakat in 2015. The suspects, who are allegedly members of the outlawed Muslim Brotherhood, received military training by elements of the Gaza-based Hamas organization and infiltrated national borders.

Since the ouster of former president Mohamed Morsi, Egyptian relations with Hamas have deteriorated, as Egypt repeatedly accused the group of interfering in its internal affairs and supporting Islamist insurgents in Sinai. Morsi stood trial on charges of espionage for Hamas, and received life in prison.

Hamas has been the ruling authority in the Gaza Strip since 2007 when it won the parliamentary elections, defeating the then-ruling Fatah party.

Recently, Egypt started to increase the number of people allowed to pass through the Rafah border, Gaza’s portal to the rest of the world.

The Palestinian Islamic movement has praised the statements of Egypt’s President Abdel Fattah Al-Sisi to implement Palestinian consensus, which does not match with their previous defensive stance towards President Al-Sisi.