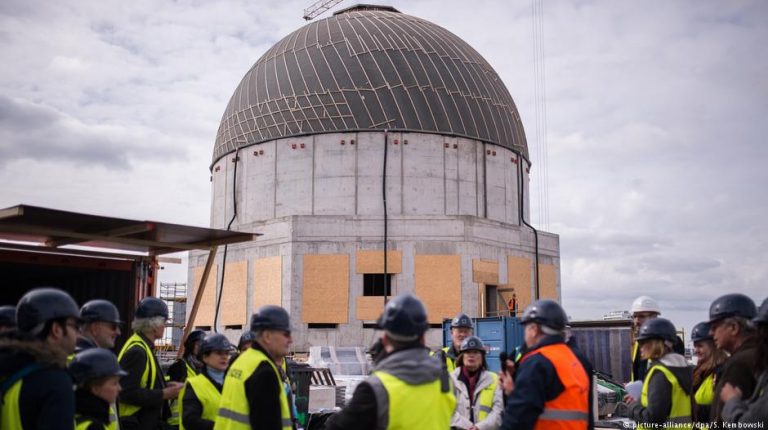 A cross planned for the top of Berlin’s new Humboldt Forum has sparked controversy. DW’s Gero Schliess says the row is not just about religious differences, but gets to the heart of the country’s identity crisis.When politicians fight over a cross, then usually it’s the one on the election ballot. But not this time.

When the Humboldt Forum opens in 2019 as a museum for world cultures housed in the newly renovated Berlin City Palace, it will be crowned with a gold cross atop its dome. And least it should be. So far, there is nothing but Berlin air on top of the building.

Voices against the cross

But that Berlin air has already caused a polarizing debate, particularly in secularized Berlin. A religious conflict is raging – and verging on the absurd.

Since the fundraising association for the City Palace announced that the planned cross had been paid for with patrons’ money, and would be placed on top of the palace dome – visible across Berlin – there has been no stopping the critics.

Berlin’s Culture Senator Klaus Lederer and his Left party have been chanting like a chorus of Pharisees à la Bach’s “St. John’s Passion”: “Away, away with it!” The cross is completely anachronistic, says Lederer, giving Berlin’s few remaining courageous Christians a kick in the shins.

Lederer’s reasoning is that the Humboldt Forum will not house a religious organization. Others, like the Berlin daily “Taz” see reactionary Prussianism being resurrected from the crypts of the House of Hohenzollern. One article reports that one of the Hohenzollern rulers derived his anti-democratic divine right from the cross to keep his rebellious citizens in check.

There is quite a bit of ideology on the table – and the absurd fear that, with this very important culture project, Germany could define itself as a country with Christian roots. But, in fact, we are – and that’s a good thing!

That’s why I’m surprised at how lenient and unsure the “other” side has reacted. They have not said a bad word about Lederer or the Left party. Brotherly love all around – or is it cowardice in the face of the enemy?

Germany’s Culture Minister Monika Grütters sees goodness and compassion in the cross and doesn’t want to do without it. That led the founders of the Humboldt Forum, Neil McGregor, Hermann Parzinger and Horst Bredekamp to claim that the cross could represent anything but the cross of Christ.

What? So the cross is no longer a cross? Well, it is, say the three from the Humboldt Forum. It was part of the City Palace’s original construction and can’t just be erased, they add. But then the trio of directors make the Babylonian chaos complete with a suggestion that negates that very cross.

The word “Doubt” should be written in large letters adjacent to the cross. “Doubt,” in fact, exists already as an installation by artist Lars O. Ramberg, which was built for the East German Palace of the Republic but packed away after the communist structure was torn down.

Excuse me! This amount of absurdity seems to only be possible in Germany. Look at the planned German unity monument, which was intended to remember the peaceful revolution in 1989 and the subsequent reunification of the country but has been met with mockery and scorn.

Let’s be honest. It was crazy to begin with to dig the City Palace out of the bowels of history and reinstate it as an ethnological museum.

Baroque façade on the outside, the cultures of the world on the inside. Who would force these elements together but for cultural experts and museum directors?

Berlin 24/7: Swabians have not conquered Berlin after all

One thing is clear: The battle over the cross is about more. It’s about me, about us, and about who we are and how we in Germany want to live together.

The refugee crisis tore Germany’s unanswered questions of identity wide open. It’s true: Islam is part of Germany. But so is Christianity, as well as Judaism. Above all, though, we are not neutral.

There is still time to express a clear opinion before the Humboldt Forum is mutated into a madhouse of crazy ideas. A jester’s hat atop the dome might be more suited than a cross.