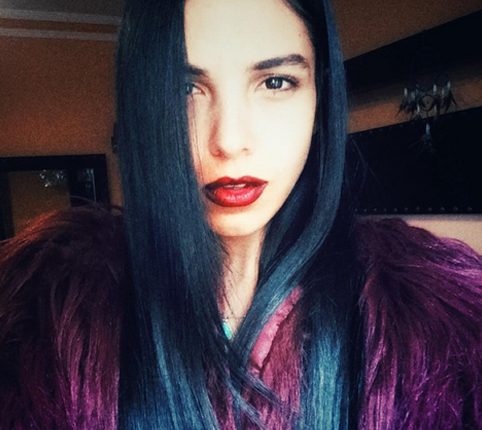 Over the years, Ramadan has always been the main season for the competitive drama race. Leading actors, producers, and directors prefer to present their new artistic works to guarantee higher rates of viewership. This Ramadan witnessed an outpour of novice artists, who managed to grab the attention of a huge number of people through their drama series during the holy month.

Actress Salma Abou Deif received waves of praise on social media for her outstanding role in “Halawet El Donya”, the series that shone a light on the treatment, suffering, and struggles of cancer patients.

She successfully grabbed people’s attention with her spontaneous style of acting and childish smile through the character Aliaa Al Shamaa, a woman who supports her sick sister and engages in a relationship with a widower. The series hosts several superstars including Hend Sabry, Zafer Al Abdeen, Anoshka, Ragaa El Gedawy, and Hanan Motawea. Abou Deif’s custom outfits stole the show and drew curiosity about whether or not she had a previous background in modelling and fashion.

With an innocent face, coloured eyes, and strong character in the series “La Totfe’ El Shams”, Mariam El Khost drew attention to her powerful artistic potential with the role of Shahira. The character changes the life of Mohammed Mamdouh and helps him discover his hidden talents and goals. Because El Khost worked in the field of cartoon dubbing, her face wasn’t familiar to the audience before this role. Her new character goes through transitions through the entirety of the show turning from hope, love, and ambition to feelings of betrayal and despair.

Egyptian talent was not the only breakthrough of the season. Jordanian actress Rakeen Saad played an important role in the “Wahet Al Ghoroob” series by presenting Maleeka, the rebellious Bedouin girl whose husband was killed in one of the fierce wars in Siwa Oasis and turns into an ogress. Although this was the first time for her to enter the Egyptian drama industry, as she was nominated by the leading director Kamla Abou Zekry, Saad managed to prove her talent through her spot-on pronunciation of the Egyptian accent and her expressive body language.

Asmaa Abol Yazeed was one of the new faces introduced by director Tamer Mohsen in the Haza El Masaa series. She was able to leave a distinct fingerprint with her natural face, expressive voice, and familiar facial features. Yazeed previously participated in a number of successful plays such as “A Plastic Dream”, “The Secret Recipe of Happiness”, and others, but this Ramadan was her golden chance to introduce herself to a wider audience, through the role of Toqa, a poor girl who has been blackmailed by a man who managed to steal some private photos from her mobile phone.

These actors and actresses are not the first to find their way to the heart of the audience through a Ramadan series. Two years ago, the young actress Gamila Awad managed to dominate the artistic scene with her spontaneous acting skills in the role of Hania, the 17-year-old girl who abandons her mother to live with her unemployed, drug-addict for a boyfriend. The role drew sympathy and compassion on social media and opened the door for the young actress to participate in a number of movies, such as “Hepta”, “Men 30 Sana”, and TV series like “La Totfe’ Al Shams”.