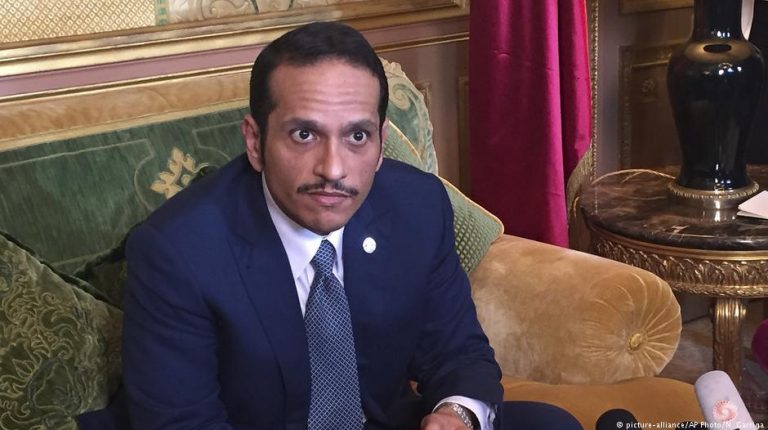 The crisis in the Middle East has created a rift which could threaten the stability of the Gulf, according to Qatar’s Foreign Minister. Sheikh Mohammed warns there will be no negotiations until the blockade is lifted.Oil rich gulf state Qatar refuses to negotiate with its Arab neighbors unless all measures imposed are lifted as the current diplomatic crisis in the region continues.

Foreign Minister Sheikh Mohammed bin Abdulrahman al-Thani said on Monday that a list of demands still hadn’t been submitted to Qatar by Saudi Arabia, the United Arab Emirates (UAE) and Bahrain who together imposed stringent economic and travel measures two weeks ago, accusing the Qataris of supporting extremist Islamist groups.

These are allegations which Qatar strongly denies.

“Qatar is under blockade, there is no negotiation. They have to lift the blockade to start negotiations,” Sheikh Mohammed told reporters. “Until now we didnt’ see any progress about lifting the blockade, which is the precondition for anything to move forward.”

“We cannot just have vague demands such as ‘the Qataris know what we want from them, they have to stop this or that, they have to be monitored by a foreign monitoring mechanism,'” added Sheikh Mohammed who said his country’s internal affairs are ‘non-negotiable.’

The breakdown in relations between members of the Gulf Cooperation Council (GCC) has created the biggest diplomatic crisis in the region for several years.

Qatar’s foreign minister added that Kuwait would be the sole mediator in future negotiations between the GCC. The group was established in 1981 and includes the UAE, Bahrain, Qatar, Kuwait, Oman and Saudi Arabia.

“We have a back-up plan which depends mainly on Turkey, Kuwait and Oman,” he continued.

But with tensions escalating and crisis talks expected, the UAE’s Minister for Foreign Affairs, Anwar Gargash, warned that the current sanctions could last several years.

“This isolation can take years,” Gargash said. “They have built a sophisticated podium for jihadism and Islamic extremism. They support groups linked to Al-Qaeda in Syria, Libya… and in Yemen. This state is weaponising jihadists and Islamists, it is using this as a weapon of influence,” he added.

Gargash has called on Western nations such as the United States, Britain, Germany and France to help ease the diplomatic tensions.