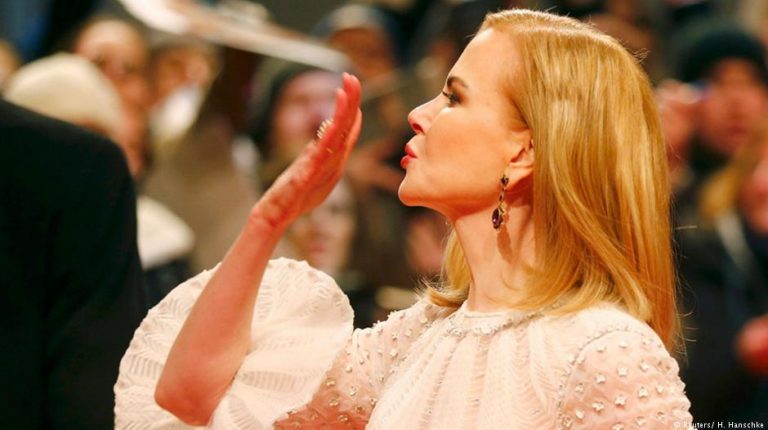 Oscar winner Nicole Kidman has lived through dramatic high and low points to become one of the world’s most outstanding film stars. The US-Australian actress celebrates her 50th birthday on June 20.How do you define a superstar? First of all, he or she would have to be present everywhere. Secondly, not only artistic qualities should be the reason for his or her fame and admiration. What would also be required for attaining superstar status would be a public image that goes beyond the artist’s status. Something magical or supernatural. Well, one superstar who fulfills all these requirements is certainly Nicole Kidman.

Kidman got her Oscar for playing Virginia Woolf

Born in Honolulu in 1967 and raised in Australia, the top actress is known for playing a wide range of roles. The Oscar that she received in 2002 for playing Virginia Woolf in “The Hours” gives proof of that. The fact that she got the trophy for a role in which she almost unrecognizably disappeared behind her mask in some scenes cannot be held against her.

That’s why big fashion and cosmetics companies discovered her long time ago, and have used her face for their publicity campaigns. Kidman is undoubtedly one of the world’s most present stars – also outside show business and the film world. In some years, she was clearly at the top of the charts of the best-paid Hollywood divas. Her salary for publicity events was astronomically high.

But somehow, her pristine beauty is almost provocative. It hasn’t gone unnoticed that the actress looked quite different at the beginning of her career. Back then, she presented herself with curly red hair, a bit more chubby-cheeked and gaminesque. Her transformation into a soft-skinned porcelain type is probably not only due to age.

It can be assumed that her delicate and gracile appearance is also owed to the amazing skills of modern surgeons and dermatologists. Whether the transformation is due to surgery, botox injections or just skillful make-up remains a mystery.

Speculations about beauty operations of the stars tend to abound in the tabloids and on the Internet. Germany’s major tabloid, the daily “Bild,” has been particularly eager to find out more about the Kidman case. The paper asked German plastic surgeon Dr. Nikolaus Raab what could possibly have caused the recent conspicuous changes in Kidman’s looks.

In Dr. Raab’s view, Kidman underwent a so-called “eight-point facelift with higly potent hyaluronic acid that was injected into her skin with different degrees of viscosity and in different depths at different spots on her face.” The beauty doc furthered explained that “this type of lifting spans the face like a tent adding more vitality to very slender faces.” Whether or not those “Bild” revelations are true or not – one should congratulate Kidman on her choice of doctors and beauty staff. After all, there are quite a few Hollywood stars who were less lucky with their desperate beautification efforts.

It’s quite likely that the Australian actress, after years of rather moderate success, struggled hard to make a comeback. After all, she got a “Golden Raspberry” as one part of the year’s worst screen couple after starring opposite Will Ferrell in “Bewitched.” Another horrendous Raspberry nomination followed suit in 2017 for her performance in “Just go with it.”

But Kidman is a true artist. It’s hard to top someone who received an Oscar in 2003 only to be punished by a Golden Raspberry two years later. Besides, she also got an Oscar nomination for the film “Rabbit Hole.” Light and shadow seem to be particularly close when it comes to this actress.

Nicole Kidman – “Hot as a volcano, but amiable”

“In her best performances, defensive and offensive streaks seem to balance out, amiability and creepy tremors from inside, the heat of a volcano searching its way out” – that’s how German film critic Thomas Koebner described Kidman a few years ago – and he hit the nail on the head.

Nicole Kidman, back then dubbed “the red bitch” by Koebner, has long distanced herself from her beginnings as a red-haired upcomer in Australian TV series. By now, she seems to have developed a totally different personality – which hasn’t always brought her success, such as her performances as Grace Kelly in “Grace of Monaco” and as an Africa traveler in Werner Herzog’s awkward film “Queen of the Desert” have shown.

At the same time, Nicole Kidman delivered brilliant performances in “Birth,” “The Paperboy,” “Stoker” and “Lion.” In these films, she gave proof of her versatility and her charisma. With four new films that she presented at the Cannes Film Festival, the actress that once played Grace Kelly is likely to remain at the top of the world’s best actresses also during the second half of her career.