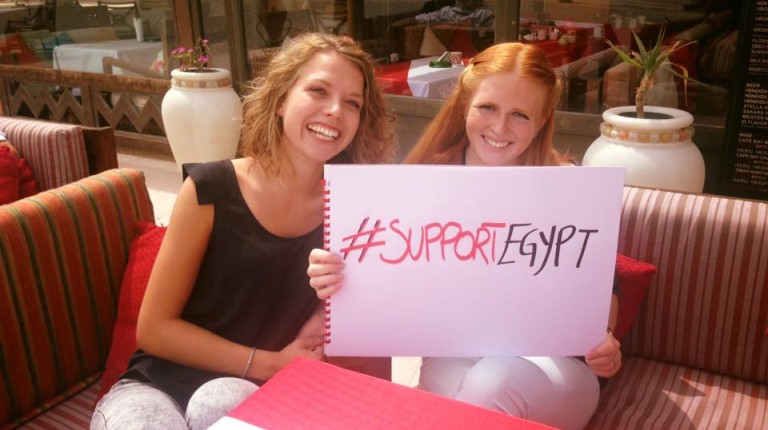 In 1960, leading author Ihsan Abdel Quddous released his two-part-novel “La Totfe’ El Shams.” The novel is considered one of the most popular literary works that sheds light on the contradictions between the younger and older generations and the struggles of the youth at that time. In 1961, notable director Salah Abo Seif turned the novel into a movie to highlight the political and social transformations in Egyptian society after the 23 July Revolution.

The novel presents the lives of a mother that moves with her two sons and three daughters to a new house after her husband’s death and shows the new love stories that each character engages in and how it influences their lives. The movie stars Faten Hamama, Emad Hamdy, Shokry Sarhan, Ahmed Ramzy, Laila Taher, and other superstars, and has turned into one of the most iconic movies in Egyptian cinema.

A few months ago, the well-known script writer Tamer Habib announced his intentions to turn the novel into a TV series to be broadcast during the holy month of Ramadan. This created a state of anticipation among the audiences that read the original novel or watched the old movie. The series, in which Habib tries to present a modern vision of love stories, has caused waves of criticism and controversy because  controversial content and relationships. Habib has asked people to deal with the series as a separate entity without making any comparisons to the old novel or movie.

The character of Aya, the youngest daughter in the family, engages in a forbidden relationship with her married music teacher and meets him in one of the studios that he uses to record his music. When her family finds out, they decide to punish her, prevent her from pursuing her studies in the music academy, and force her to marry a rich man. Although this is not very different from what was presented in the movie, they presented her new husband, Nader, as a gay man who engages in a forbidden relationship with his best friend. After a number of confrontations with her husband and her music teacher who refuses to leave his wife, Aya decides to regain her old relationship with her friend Shady, who used to love her and had decided to travel with his band to forget her. This is different from the movie, which portrayed the love story between the student and the teacher in a more innocent way that doesn’t go beyond some passionate kissing and hugs.

On the other side, Amina Khalil played the role of Ingy in the series, a girl who dumps her boyfriend when she visits his poor village and sees his difficult living circumstances. After she decides to marry Youssef, a rich man who loves her, she moves with him to Lebanon to finish their work where she meets her husband’s partner Nadeem who falls in love with her. Ingy decides to give Nadeem a chance and feels caught between the two relationships. Although this character was mentioned in both the movie and novel, her role in the series was more pronounced and memorable as Khalil successfully transferred to the audience feelings of loss, indecision, and self-hatred more than both the film and novel did.

Khalil takes audience beyond the stereotype of a woman who betrays her loving husband, whom is always busy with work. She easily transfers to the viewers her silent confusion as she thinks of reasons she can’t love back her husband the same way he loves her, and ends up falling for his partner who is a sweet talker.

Fighting a self-ensuing battle in order to reach a satisfying decision that does not break her beloveds’ hearts, one can not help but sympathise with Ingy’s betrayal.

Walking the same line is Ahmed Malek who played the role of Adam. He is one of the characters that most influenced the audience. In the movie, Ahmed Ramzy presented the character of the rebellious guy who tries to get rid of the strict rules of his family. He has a dream to start a new project that needs a large amount of capital, and when he asks his family to support him financially they refuse, and he dies in a motorcycle accident.

The series portrays the character in a completely different way. Adam, the rebellious guy, gets involved in a strange relationship with his best friend Rasha, a character that was not included in the old movie. In the first episodes of the series, he appears drinking and dancing with his friend without any sense of responsibility until he meets a woman in his faculty that changes his life. He later fakes his death to marry his colleague who comes from a lower social class.

Adam is one of the most heart-touching characters in both the series and film. The charisma of young artist Ahmed Malek replaces the captivating nature of Ramzy, who is known as the Don Juan of Egyptian cinema.

For many episodes the audience fell for the Adam’s honesty, who passionately follows his love and dreams. However, the feelings of respect changed into immaturity when he faked his death.

Rasha presents the character of a woman who freely drinks, has open sexual relationships with men, and does drugs. Despite her character in the series as a person who refuses to get into a serious relationship, in order to be not closely attached to any man, the audience is met with surprise when seeing the life of the woman, who always pretends to be heartless, appears as a caring person whose life stops after the disappearance of Adam.

Many audience members criticised the content of the series on social media since its first screening days accusing it of portraying betrayal and random sexual relationships as a normal thing, as well as the presentation of bars in many scenes. Some people also commented on the confusion between the limits of freedom and responsibility, where the thin line is not presented clearly. However, some people defended the modern treatment of the story and the dramatic needs of each one of the characters, stating that they present real characters and their existing lifestyles, although they cannot be generalised on Egyptian society and its conservative traditions.

Reham Abdel Ghafoor received high praise for her character, whose name changed from Mofeeda in the novel to Afnan in the series.

Afnan is an aggressive and strict teaching assistant in one of the universities who refuses love but accepts to get engaged to her colleague after her younger sister’s engagement.

With her sharp eyes and the clothes that look like men’s formal clothing, Abdel Ghafoor successfully presents a hateful character despite beautiful facial features.

Her sharp character, always motivated by logic not emotions, changes completely after Adam’s disappearance and decides to become closer to her family and learns how to show emotions.

Habib tends to present the good and the bad, the devil and the angel in each character, his writing manages to gain sympathy and compassion even when his characters make mistakes, which is probably one of the secrets of his continuous success that started with “Sahar El Layaly” in 2003.