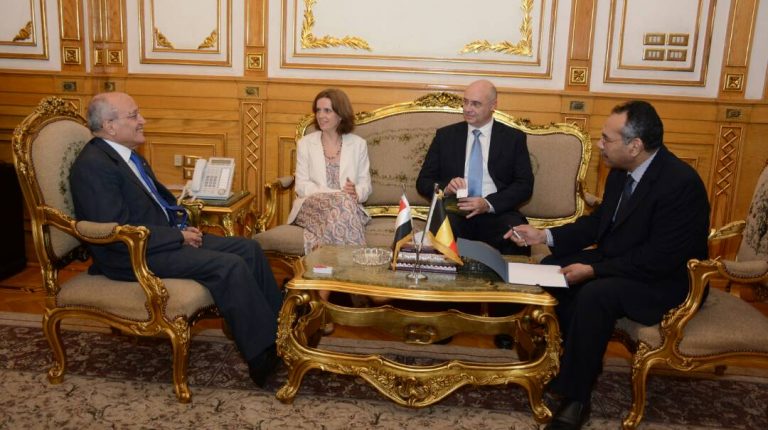 Minister of Military Production Mohamed Al-Assar met with Belgian ambassador to Egypt Sibille de Cartier and her accompanying delegation to discuss means of cooperation between the two countries in different manufacturing fields and opening new aspects of cooperation in all military and civilian industries.

During the meeting, Al-Assar presented the capabilities of the ministry’s subsidiary companies in the fields of military and civilian industries, stressing that the companies’ main role is providing security equipment needed by the state and utilising its surplus capacity to serve the state’s national projects.

Ambassador de Cartier expressed her hopes to strengthen cooperation with the Egyptian Ministry of Military Production through exchanging expertise and technological capabilities in both the civilian and military industries.

She pointed out that Belgium has many companies that also welcome cooperation with the Egyptian military production companies and are fully ready to activate this cooperation through exchanging delegations and missions between both countries, in addition to stimulating bilateral trade between them.