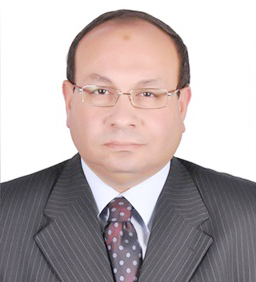 A number of automotive manufacturers have submitted their proposals for the amendments to the Automotive Industry Development Strategy bill in a bid to move stagnant waters as the draft law’s fate remains unknown.

Deputy head of the Transportation Division at the Chamber of Engineering Industries, Samir Allam, said that Bavarian Auto Group, Fiat Chrysler Automobiles (FCA) Egypt, and Toyota Egypt have submitted a number of proposals to amend the strategy.

He explained that the amendments aim to include a level of flexibility in granting incentives, where companies seek incentives equivalent to the performance of each company. “If a company boosts the ratio of local components to 55% instead of the stipulated 60%, the company should receive an incentive equivalent to this ratio and not just block the company as if did not achieve anything,” he added.

Allam voiced his concerns about the split within the division on the strategy. “It is not fair to consider companies that increase production or deepen the industry—which has not been able to reach the required percentage—as complete failed attempts,” he stressed.

Moreover, he said that he is worried about personal interests prevailing over the public interest, as the strategy in its current form is in the interest of certain companies, so the consideration of the law has been postponed indefinitely by the House of Representatives.

Allam said that giving the strategy more flexibility in dealing with giving incentives would be the solution to revive the idea of a strategy for industrialisation, adding that the division will hold a meeting to resolve the fate of proposals submitted in the coming days.

The Transportation Division held a meeting two months ago to discuss the implications of postponing the Automotive Industry Development Strategy draft law in the House of Representatives and the possibility of reformulation of the law again, which requires submission of proposals for the division during the coming period.

The parliament’s postponement came after a number of automotive importers and manufacturers said that the law serves one or two companies only. The parliament then postponed the discussion indefinitely for reconsideration.

Earlier, parliamentary sources pointed out that the parliament’s industry committee tried to contain the objections of car companies about the law, and a meeting was held with companies outside the House of Representatives. The list included Volkswagen, Seat, Kia Motors, Auto Jameel, and a number of feeding industries companies.
The participants agreed to submit a memorandum covering all proposals of the importing companies on the draft law to the parliament’s Industry Committee within 15 days from the meeting.

The sources added that the companies present discussed how to activate paragraph 3 of Article 6 in the bill, which offers incentives for exporting companies, whether cars or components.

Importers presented the challenges they faced during the supply of locally manufactured components to their parent companies, so as to benefit from incentives for export.

The draft law of the Automotive Industry Development Strategy gives incentives to encourage the manufacturers of vehicles: 23.05% for passenger cars with engines of up to a capacity of 1,600cc, 50% for cars between 1,600 and 2,000cc, and 57.45% for cars with a capacity higher than 2,000cc. Microbuses of 10-16 passengers are granted an incentive of 23.05%, while trucks that are under 5 tonnes are granted an incentive of 16.65% and trucks with a load of 5 to 9 tonnes are given incentives of 9.05%.
This incentive is calculated from the value of the sales bill and taxes. The incentive is due according to specific cases, namely the increase of the domestic manufacturing rate in the locally produced vehicle gradually during the programme years, to reach 60% in case of passenger cars and microbusses and 70% in light and medium trucks.

If the percentage of domestic manufacturing is less than the rates specified in the bylaws, the incentive should be supplemented by the export of local components or the export of locally produced finished vehicles.
It is also possible to get the incentive if the production reaches 60,000 vehicles for passenger cars and microbuses with 1.6-litre engines, 8,000 vehicles of over 1.6 litres, and 50,000 trucks.
The law provides for the formation of a fund called the Fund for the Development of the Vehicle Industry under the Industrial Development Authority. The resources consist of the proceeds of the industrial development tax due from the companies benefiting from the programme. The fund will be managed by a board, headed by the chairperson of the Industrial Development Authority.