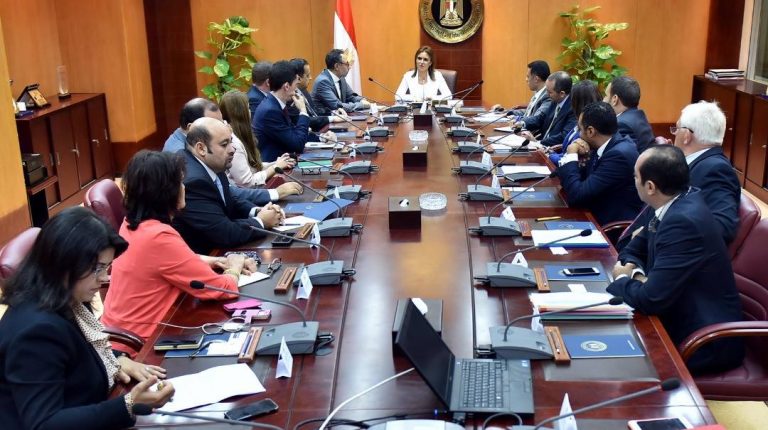 The leaders of the largest British companies operating in Egypt intend to increase their investments in the next period, especially after the approval of the New Investment Law by President Abdel Fattah Al-Sisi.

The British investors hailed the improvement experienced in the investment climate in Egypt after their meeting with Minister of Investment and International Cooperation Sahar Nasr on Tuesday.

Nasr held talks with a number of leading British companies investing in Egypt, in the presence of Khaled Nasir, chairperson of the British Egyptian Business Association (BEBA), and officials of the British Embassy in Cairo, at the ministry’s headquarters in Salah Salem.

The meeting was also attended by directors and representatives of Vodafone, Carillion, Actis for Direct Investment, GlaxoSmithKline, and HSBC.

“The ministry is working to improve the investment environment and eliminate bureaucracy, and the New Investment Law includes a number of incentives that can benefit British investors in Egypt,” said Nasr.

She noted that the ministry has launched a call centre for investors through a hotline 16035 to respond to their inquiries. The ministry’s portal is also developed to allow investors to complete their documents and procedures online.

Nasr revealed that she is coordinating with the other ministries to develop an investment map that will offer various investment opportunities to Egyptian, Arab, and non-Arab investors in conjunction with achieving Egypt’s vision of sustainable development.

The minister stressed that the planned investment map will present real opportunities based on an analysis of local resources in all sectors and governorates and will also include information on required huge projects and small and medium-sized enterprises (SMEs) in each region.

One of these projects is the Suez Canal Development Project, which aims to benefit from the huge potentials of this promising region being a linkage between the east and the west. The project aims to turn the area into a global centre for navigation, logistics, and industry.

For his part, Ayman Essam, head of external relations at Vodafone Egypt, said that his company has allocated EGP 2bn to implement new extensions this year.

Engi Khalaf, financial and administrative director of Rockhopper Exploration, said her company is investing about $100m in Egypt, and it is the first time for the company to operate here.

“We believe that Egypt has one of the most important growth markets in the world,” said the representative of HSBC. He added that he spent more than 35 years in Egypt and still believes in the country’s prosperous future, stressing that his bank is committed to implementing its long-term business growth plan in the Egyptian market.

Sherif El Khouly, Actis’ regional manager of North Africa and the Middle East, said that his company’s investments in Egypt reached $750m, noting that their subsidiary Lekela Power will inject about $400m to establish a wind farm with a capacity of 250MW in the Gulf of Suez.