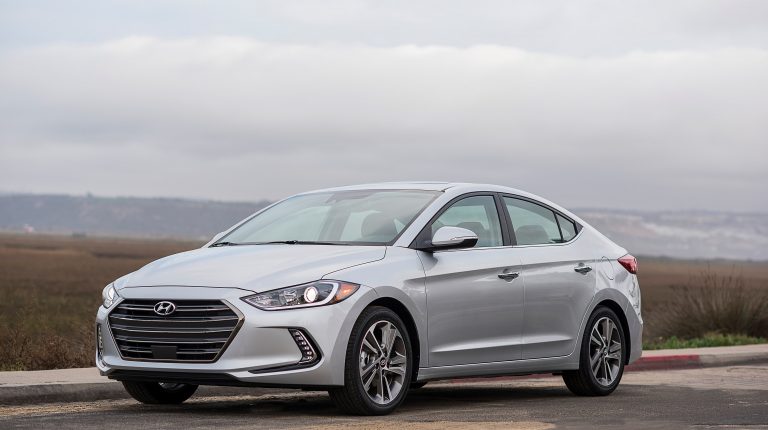 Daily News Egypt was able to test-drive the highest category of the new Hyundai Elantra AD 2017 in order to preview the automobile’s features. Our test drive was a response to an invite from Ghabbour Auto, the car’s agent.

Daily News Egypt drove a Hyundai Elantra AD to test it on the Cairo-Sukhna Road and streets all over the city to assess its performance.

The Hyundai Elantra AD falls under the category of sedan cars that are distinct for their sports car look and feel that suits consumers attracted to this design. The exterior structure of the car comes with a streamlined design and a luxurious front that appeals to young people, in addition to front oval-shaped flashlights and a fog lamp placed within a square-shaped black frame.

The car blends strength and luxury together. It has the ability to go on long trips due to its endurance, while maintaining luxury, that make it reliable for any driver on any road.

The Hyundai Elantra AD is 150 mm above the ground, providing an ideal space inside the car. The trunk’s space is also optimal, making the shape better.

Below the headlights, there is a front bumper that adds an aesthetic form to the car’s front, where the front net is large to provide ventilation in a circular motion, whereas the car’s rear is relatively compact despite the car’s large size, to become both a family car with a sportive touch with its 17-inch sportive rims.

The car’s engine is considered an enhanced version of Hyundai’s engines with newly added improvements that contribute to reducing emissions while improving the car’s performance on the road.

The car comes with automatic transmission with six speeds, in addition to 16 valves and a four-cylinder capacity.

Hyundai’s interior provides comfort for its passengers. The seats are made from leather, and the tableau comes with a set of buttons that allows the driver to control the car electronically. The steering wheel has the option to receive calls and control the audio system. There is a slot for the USB or memory card, Bluetooth technology, and the option to use remote speech.

The car is equipped with an air conditioner, a medium-size steering wheel, large easy-to-read metre, and a spacious interior.

The car comes with a wide rear glass, and lighting in the trunk of 407 cm space, which is considered large given the fact that the car is a sedan with foldable back seats.

The car’s rear is striking with its wide-size lamps that have the option to remove dust and water off the rear glass.

As for the car’s two sides, they show the car’s height off the ground as well, with the medium-sized wheels and rims standing out.

Stability on the road

The Hyundai Elantra AD was able to show its efficiency on the road, especially at the detours on Cairo-Sukhna road. The engine’s sound was low compared to other cars within the same class.

The Hyundai Elantra AD provides security and safety to its passengers. It is equipped with airbags for the driver seat and the front passenger seat, in addition to an ABS break system and electronic EBD brake distribution. It is also equipped with an anti-theft system.

The Hyundai Elantra AD has a smart system to facilitate the car’s parking especially in crowded areas, in addition to an alarm system, electric front and rear glass, and a leather steering wheel. Hyundai allows remote control for opening and closing doors, control of driver seat, front and rear headrests, a power outlet, LED light-sensitive lights, and foldable side mirrors.

The overall impression of the Elantra AD 2017 is positive. As a sedan car, it is suitable for the terrain of the average Egyptian street and makes its passengers feel safe.