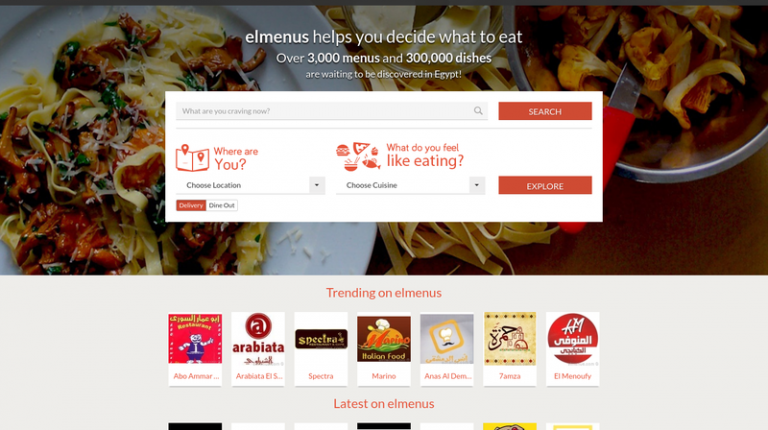 The site elmenus seeks to expand in Africa and the Middle East in the next year, after attracting $1.5m in investments from Algebra Ventures, Egypt’s largest venture capital fund. Amer Allam, CEO of elmenus, said that the website currently receives about 1 million visitors per month.

Allam, CEO of elmenus, added that Algebra Ventures still has the governing stake in the website.

elmenus—an online platform that provides restaurants’ price lists—is considered an intermediary between customers and restaurants, Allam said, noting that the website has about 5,000 different restaurants. The elmenus team is not interested in increasing the number of restaurants as much as providing new services, he said.

He explained that the website aims to provide new services that facilitate ordering food in cooperation with restaurants.

He pointed out that elmenus witnessed a threefold increase in the number of visitors during the holy month of Ramadan compared to the normal days.

Allam said that elmenus makes its profits from restaurants’ advertisement on the platform.

He noted that the company is focused on covering the local market during the current year, and it will then expand in other markets that have growth opportunities. Allam pointed out that the website faces a challenge in recruiting specialised workers, where it takes a long time. He concluded that elmenus injected investments of $50,000, in addition to the Algebra Ventures’ investment.