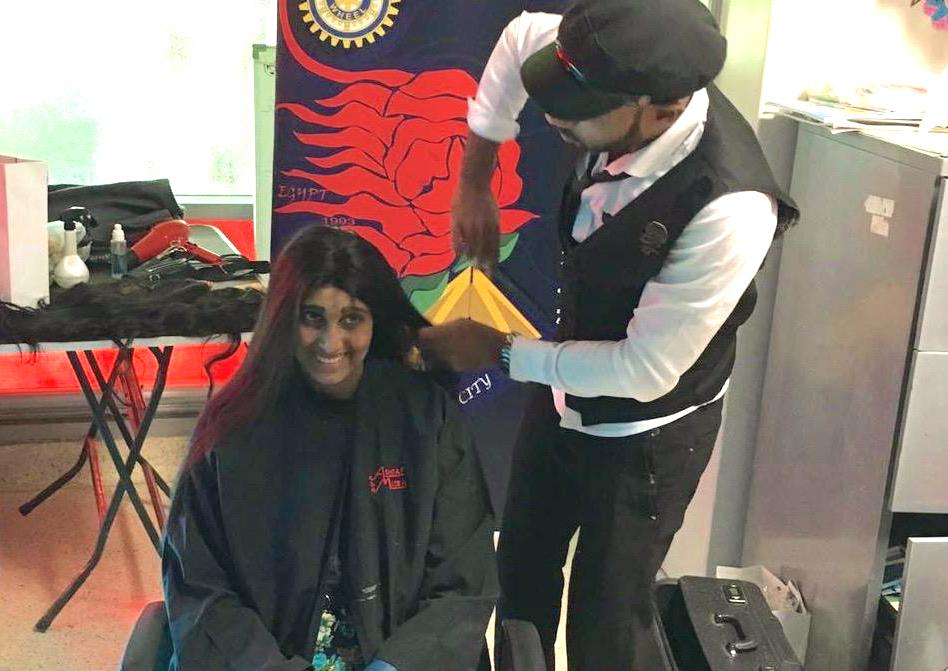 “Ramadan Nostalgia” is one of the common terms that you may often hear during the holy month every year. Many people tend to feel nostalgic about the old religious rituals and traditions of Ramadan, the colorful lanterns in the streets, the night callers or drummers waking people up for “Al Sohor”, Ramadan tents, and the firecrackers that children usually light to celebrate the month.

Away from the drama competition that depends mainly on the comedy and action genres, the “Ramadan Kareem” series decided to warble outside the flock, with the aim of reviving the warmth of the month in the hearts and minds of the audiences and showing the beauty of the old Egyptian character. The series, starring Sayed Ragab, Ruby, Reham Abdel Ghafoor, Mahmoud El Gendy, Mohammed Lotfy, and others, presents the stories of two brothers—Ramadan and Kareem—shedding lights on the individual lives, struggles, and dreams of each one of their family members.

Although the series doesn’t usually provide a big number of incidents and plot twists each episode, it can rather be considered as a visual type of documentation for the life inside a simple Egyptian district where people struggle daily to make a living. The series portrays the strong bond between Muslims and Christians, and it gives some indirect advice for young people who cannot fast or those who cannot stop themselves from watching pornography.

Mahmoud El Gendy, who plays the role of “Al-Haj Kareem”, conveys some hidden messages about the rules of praying in the mosques and the importance of reviving the Arabic language in order to understand more about our religion and preserve our identity and culture. By blending some performed scenes with real scenes of people in the markets buying food and lanterns, director Sameh Abdel Aziz has succeeded in engaging the viewer in a realistic environment that they can easily believe.

Hakim, the leading Egyptian pop singer, presented one of his best songs as the main intro of the series. With the amazing voice and remarkable lyrics, the song manages to remind people of the blessings of fasting, the gatherings at a coffeshop with friends, the remarkable sweets of Ramadan such as “Konafa” and “Qatayef”, and the religious hymns of “Al Sheikh Al-Naqshabandy”, who provided the traditional “ibtehalat” of Ramadan.

Watching “Ramadan Kareem” takes you on an amusing journey into a simple district where people care about each other and provide support for their neighbours and friends. However, the series also tackles some of the eternal mischief of human beings such as betrayal, hypocrisy, cheating, and bribery.

Are the so-called guardians of religion taking it too far?