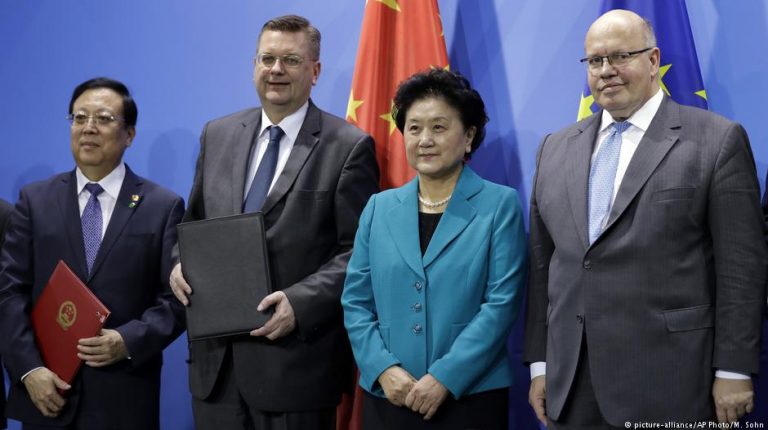 According to media reports, a Chinese U20 could play in one of Germany’s regional fourth-tier leagues next season. The plans follow a deal aimed at enhancing cooperation between Germany and China in football.China’s under-20 national team could play in Germany’s fourth tier next season, according to plans set to be announced by the German football association (DFB).

The fourth tier of the German football pyramid is split into five regional divisions and, with the south-western division, the Regionalliga Südwest, having only 19 teams, there a proposal has emerged to round the league off with an extra side – from China.

“[The clubs] have reacted very positively to the idea,” Ronny Zimmermann, vice-president of the DFB and chairman of the Regionalliga Südwest board of partners, told German football magazine “Kicker.”

The plan follows an agreement signed in 2016 between the German FA and the Chinese government to help boost the sport in the Asian country, where the Bundesliga enjoys growing popularity. Chinese football expects to benefit from German expertise in coaching and development in return for Chinese investment in German football.

“The planned cooperation with China is well known but that needs to be translated into actions as well,” continued Zimmermann. “We’ll have to see if anything comes of the idea. A decision will have to have been made by the time the league managers meet, since that’s when the fixture list will be confirmed.”

As with every regular opponent, each German club in the south-western division would face the Chinese selection twice during the season, although the results of these games would not count in the league standings. Since the Chinese team would have no “home” ground, the German clubs would host them twice and receive a total fee of around 15,000 euros ($16,700) from the Chinese FA. For the young Chinese team, the matches would serve as preparation for the 2020 Olympics which are due to be held in Tokyo.

“It’s an outstanding idea. We look forward to the two home games and we’ll be sure to roll out the carpet for China’s Olympic XI,” Stuttgarter Kickers commercial director Marc-Nicolai Pfeifer told the mass-circulation daily “Bild.”

While the plans have been welcomed by commercial directors, some fans are less enthused, taking to social media to express their displeasure at what they consider yet another step in the perceived over-commercialization of the sport.

Links between China and German football are already on the rise. Bayern Munich and Borussia Dortmund already organize off-season tours of the Far East to capitalize on the booming football market, while, according to media reports, Cologne striker scorer Anthony Modeste is set to follow in the footsteps of a number of big European names by completing an estimated 35-million-euro transfer to Chinese Super League side Tianjin Quanjian. Earlier this month, former Bayern Leverkusen coach Roger Schmidt took over at Beijing Guoan.

According to “Bild,” the involvement of the Chinese XI in the south-western regional league could be officially announced during Chinese President Xi Jinping’s visit to Berlin on July 5.