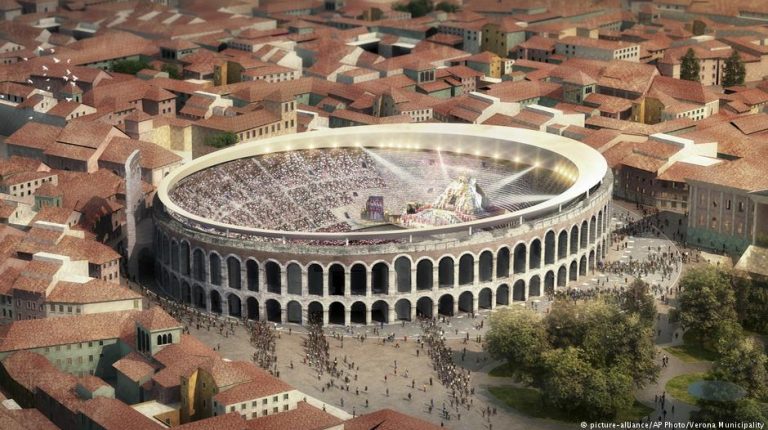 The 2017 Arena di Verona Opera Festival will be staged from June 23rd to August 27th. The program consists in 48 evenings with 5 operas and 3 special events.On Friday June 23rd at 9.00 pm Opening night of the 2017 Arena di Verona Opera Festival with the first performance of Nabucco by Giuseppe Verdi, in a new stage design directed by Arnaud Bernard, with sets by Alessandro Camera.

Another opera on the program is Aida, the opera that is a symbol of the Opera Festival, having been performed 650 times from 1913 to the present day.

One of the three special events will be on 15 August with the performance of Beethoven’s Symphony No. 9: a truly emotional gala evening, during which the absolute masterpiece by the genius from Bonn – the first musical composition to become part of UNESCO’s official cultural heritage treasures (in 2001), with the inclusion of its original manuscript in the “Memory of the World Register” – will resound round the amphitheatre, embracing it with the enthusiasm of the renowned Ode to Joy.

At the 95th Arena di Verona Opera Festival, performances will begin as follows: 9:00 pm in June and July and at 8:45 pm in August. The three special evenings will begin at 10:00 pm.

Summer is the time for festivals even in Germany. There are more than 500 festivals in all – many of them open air shows in spectacular settings.