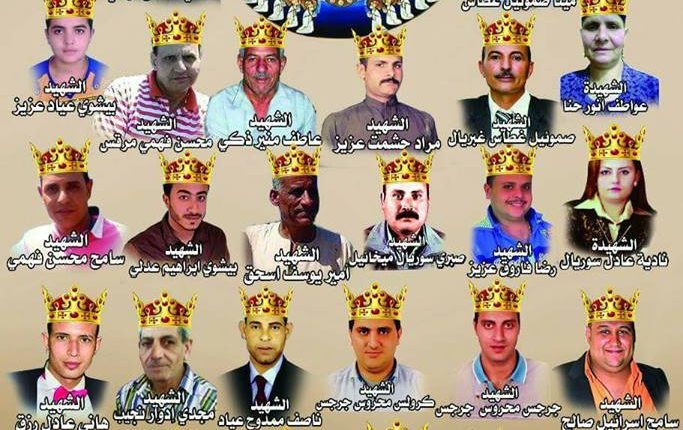 The Coptic Orthodox Church will hold a memorial service on Monday commemorating the 40th day since the death of the victims in the Minya bus terrorist attack.

Saturday, the Coptic Orthodox Church spokesperson issued a statement on Facebook including the full names and pictures of 28 victims.

The attack happened on 26 May, when an unidentified gunmen opened fire on a bus carrying Coptic citizens on their way from Beni Suef to Saint Samuel Monastery in El Adwa City, Minya. The Coptic Orthodox Church said the incident took place near Maghagha City. The attackers also shot people in two other vehicles passing by.

The so-called Islamic State (IS) group claimed responsibility for the attack. Egyptian authorities responded by launching air strikes on supposed militant affiliated camps, which they said had been involved in planning and executing attacks on Egyptian Copts.

The Minya onslaught added to a series of terrorist operations targeting Copts in Egyptian churches.

In April, two churches were attacked on Palm Sunday by suicide bombers, killing over 40 Copts. One of the churches was in Alexandria, where Pope Tawadros II himself led mass.

In December, St. Peter and St. Paul Church in Cairo was also bombed during Sunday prayers. All three attacks had been claimed by the Islamic State (IS).