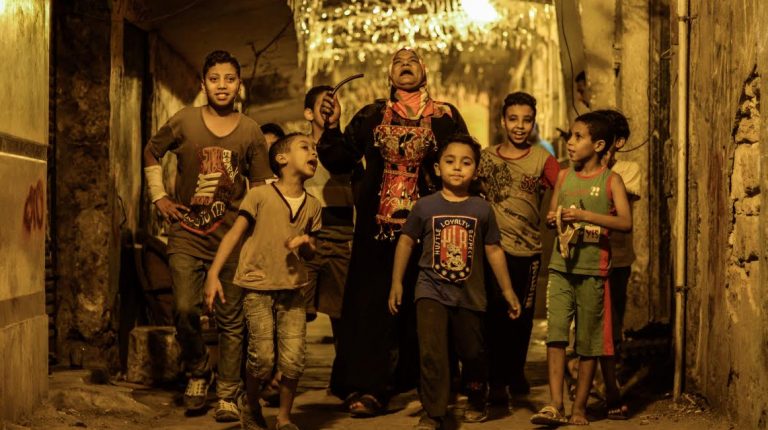 After the Eid Al-Fitr vacation came to end, Egyptians had the chance to try several types of traditional Eid desserts. After the trend of fruit-flavoured konafa has taken over Ramadan’s most traditional desert, people’s passion with modernising inherited cultural food was followed by red velvet and Nutella-filled Eid cookies “kahk”.

Ever since it found its way to light in the Middle East, kahk is either baked plain or filled with nuts or dates and always topped with sugar—something that has partially changed this year, with new flavours of kahk taking over the scene.

In Egypt, almost every occasion, be it feast or national celebration, is related to a certain kind of food, especially the holy month of Ramadan, when people tend to eat more oriental sweets, especially konafa and qatayef, and during Eid, kahk is the main dessert.

Eating “kahk” for breakfast while family members gather for celebration has always been one of the common rituals of celebrating Eid Al-Fitr all over Egypt.

However, what was once perceived as a long-lasting tradition has been altered during the past two years when people passionately turned to new eating trends.

Some people say that analysing people’s eating and drinking habits is always an important indicator to understand a culture, its traditions and lifestyles. Over centuries, Egyptians have been known for their remarkable cuisine, which includes various types of legumes, vegetables, fish, and sweets, some of which have distinctive cooking recipes that date back to the time of the Pharaohs.

For many years, such dishes, passed down across successive generations, have been considered as indicators for our adherence to our Egyptian identity and culture.

But what does changing food habits tell us about social changes?

Notable changes have occurred over the past years that affected a large part of inherited Egyptian legacy, and occasions amplify those changes.

Not only red velvet and chocolate-filled kahk are new to Egyptian culture, the idea of purchasing ready-baked kahk has been only socially recognised and accepted a few years back.

Not long ago, all the women of a family used to meet up during the last week of Ramadan to bake the Eid kahk for the whole family. This is gathering that reflected happiness, tenderness, and family warmth as the mouth-watering smell of fresh baked kahk spread across neighbourhoods.

“Family members, especially mothers and children, used to gather in front of ovens to bake kahk as a way of starting the Eid celebration a few days before the end of Ramadan,” said Wafaa Hamza, a 52-year-old housewife.

“Although it is easier for people to buy ready-baked kahk from supermarkets and bakeries as a way of saving time and money, new generations will be unable to feel the real spirit of the religious feast and their old celebrations in Egypt,” she added.

Nada Ahmed, a mid-aged woman who witnessed the jump from family-baked traditional kahk to fast, ready-to-eat kahk at pastry shops, recalled the nights when her mother and aunts gathered in her grandmother’s house in order to bake the whole family’s Eid kahk.

“It was the ultimate happiness any person can ever experience or feel through the year,” a widely smiling Ahmed said. She added, “imagine two sisters with their young daughters and their mother staying together for three days, doing nothing but laughing and chatting day and night while baking kahk by the dozens of kilos!”

When Ahmed was a child and up until her teenage days, waiting for “kahk-baking days” used to be an enthusiastic time, because of the eager, exciting atmosphere that controls everyone.

“My heart used to beat fast and adrenaline rushes in my veins just by thinking about the nights we will spend baking kahk and anticipatingly waiting for its savoury-smelling scent.”

“My cousins and I used to get excited over hearing our mums’ talks while setting the date they will go out to buy the ingredients,” Nada laughingly said. “It meant that the day we will gather and play with the sweet scent in the background and sneakily steal some of the ready but hidden kahk has neared,” she said.

Over the years, as Ahmed’s mother and aunts got older and weaker, keeping the usual celebration rituals has been hard to maintain.

The baked amount gradually decreased, until one day the family announced “we will no longer bake and will start buying ready-baked kahk from a well-known pastry shop!”

It was like figuring out Santa Claus does not exist; disappointment is all what you can feel, she added.

Despite the promise her family made to keep gathering every Eid, even without baking, family gatherings never felt the same without the sweet scent of baking kahk at the grandmother’s house or laughing over badly decorating kahk.

One year after another, the one week gathering eventually turned into a one-day gathering.

“I can assure you that no matter how tasty the kahk we buy is, it never tastes as good as our baked ones,” Ahmed sadly added.

Over the years, Nada’s family and thousands changed the tradition of baking kahk into buying it from shops—yet they stuck to its traditional tastes and forms until the change that hit Egypt’s traditional sweets, which started with Egypt’s most famous konafa.

A couple of years ago, major changes were made to Ramadan’s cuisine as restaurants, bakeries, and pastry shops started to serve new kinds of sweets that mix the traditional recipes with modern ones.

The original konafa, which was usually served with nuts and sugar syrup, has been mixed with different kinds of fruits, including strawberry, dates, mango, and avocado with layers of whipped cream and chocolate in the middle.

Even the red velvet kahk served this year and the one stuffed with Nutella makes the dessert closer to western ones than to the oriental type.

This change in the way the kahk is served caused a fierce conflict among social media users, which could be divided into two groups: those who defend the classic recipes; blaming the shops for imitating western cuisines for the sake of gaining more money and attracting new consumers, and those who defend the idea of trying new flavours and improving Egyptian recipes.

“When I thought of the ad of red velvet kahk, I thought it must taste horrible; however, when I was offered one to taste at one of the pastry shops, I was surprised that it tastes amazingly delicious,” said one user in a Facebook comment. “Even my son who is not a big fan of kahk fell in love with it,” she said.

From Ahmed’s point of view, the new modernised kahk might taste delicious. However, they have nothing to do with our culture.

“I’m sure the upcoming generations will taste various tasty types of kahk and biscuits, but I don’t know whether they will ever taste kahk that is baked with love and warmth more than they are with flour and sugar,” she concluded.

Festivity at the end of Ramadan