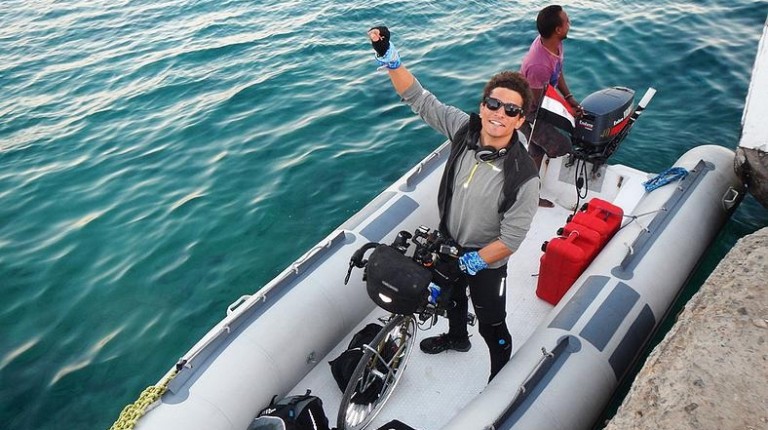 What if the whole world was monitored by a group of people whose daily work was to spy on people in their daily lives and record their calls? What if you had the chance to join them and invade people’s privacy and reveal their secrets?

These are the questions the movie “Al Aslyeen” (The Originals) asks. The film stars Maged El Kedwany, Kinda Aloush, Khaled El Sawy, and Menna Shalaby. The main character is Samir Elewa, a bank employee whose life is filled with boredom. He follows a daily routine of fighting with his wife, but still tries to always follow the rules and satisfy his son and daughter’s needs without question. The life of the main character appears stable and peaceful in the beginning, until a major change takes place and he loses his job. Elewa starts to live in constant fear and anxiety because of upcoming deadlines for the house bills and installments. A vague call comes in from a mysterious person named Roshdy Abaza. The caller indicates he has been chosen to be a member in the Al Aslyeen organisation. The only details Abaza gives is that the job will pay well; however, it opens the door to thousands of unanswered questions about this inscrutable institution and the nature of their work. When he agrees to work with them, he is informed that his work is restricted to spying on a “Thoraya”, a historical researcher who is concerned with the ancient Egyptian civilizations and the changes it encountered over centuries. The movie follows Elewa’s rebellion against the strict rules of the circle he has been trapped in, aiming to set himself free.

The movie tackled a unique idea and presented it to Arab cinema viewers for the first time. It managed to successfully take the viewers on a long journey into the world of spying and snooping. However, the open ending of the movie made it hard for the audience to understand the main message the movie tries to convey and to come up with one possible explanation of the ending. This caused waives of anger and criticism on social media after months of waiting and anticipation. The movie grabbed the attention of many critics, including Magda Khairallah, who praised the story line, the dramatic needs of the characters, and the performance of Al Kedwany and Al Sawy.

The movie is the second collaboration between the outstanding writer Ahmed Mourad and the remarkable director Marwan Hamed after their first movie “Al Feel Al Azrak” (The Blue Elephant) that received praise from both critics and ordinary audiences. Their first movie was based on Mourad’s popular novel that carries the same name, while the screenplay of “Al Aslyeen” was originally created by Mourad for the cinema.

Competition of actor performances was fierce in the movie. Maged El Kedwany proved his talent through his portrayal of an oppressed employee who is confused by hundreds of conflicting thoughts. On the opposite side, Khaled El Sawy used sarcasm and humor to shed light on the vagueness of the secret organization he belongs to. Menna Shalaby was different in this movie because of her special role that blended philosophy with knowledge and homesickness. 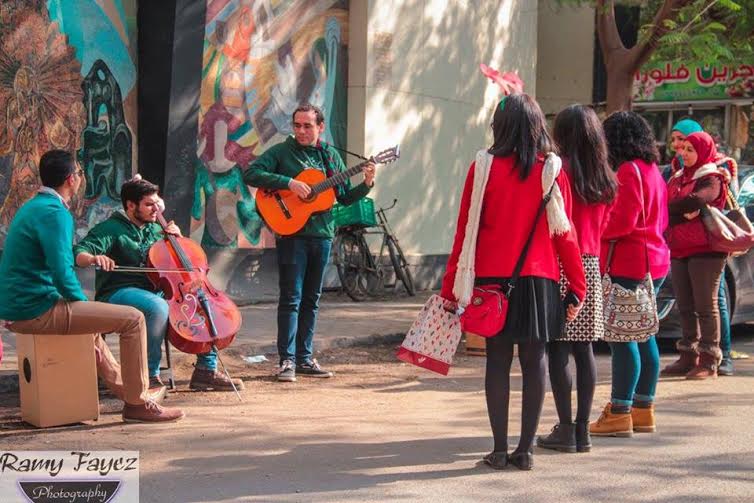 Throughout this movie, the viewer will be caught by two main items that dominate each scene: the outstanding camera angles and the soundtrack. The movie surely can be considered a masterpiece of the films leading musician Hisham Nazih. He proved how music can play a crucial role in providing the right atmosphere to scenes and plot twists, as well as highlighting the inner conflict in the mind and soul of the character.

Marwan Hamed, leading director, paid attention to presenting a number of strong visual keys that accompanied the rise of tension in each act. With his modern shooting techniques and editing skills, the visual side of the movie was a piece of art with colorful symmetric wide scenes and extreme close-ups on the main characters’ faces.

Although “Al Aslyeen” was disappointing to some of Ahmed Mourad’s fans, who spend years waiting for his novels and movies, it is considered a good step towards introducing new philosophical ideas into the Egyptian cinema industry. Unlike other commercial movies that sometimes sacrifice quality for the sake of higher profits, this movie opens the door for the kind of art that may urge people to think outside of the box and find deeper understanding of the social and political circumstances around them. The filmmakers encourage people to think twice about the restrictions imposed on them by rulers, societal customs, or traditions.

In the words of character Al Sawy at the end of the film, “People will eventually realize that the barn they imprisoned themselves into was, in fact, without any walls.”