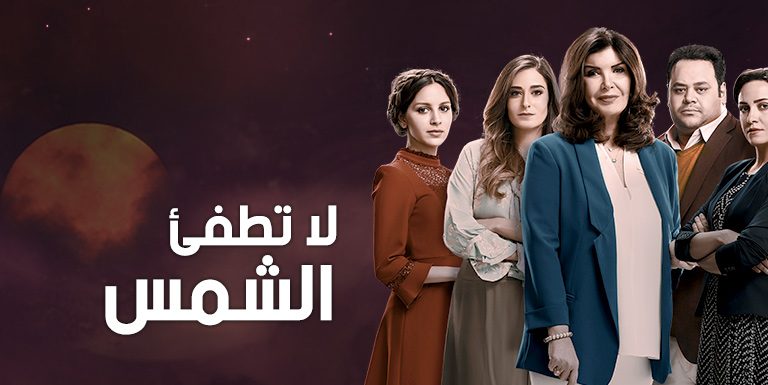 La Totfe Al Shams is one of the most discussed and talked about Egyptian TV series this Ramadan. The series is an adaptation of Ihsan Abdel Quddous’ hugely successful novel that had already been turned into a hit feature film in 1961.

Although it is very intriguing to start comparing the series’ casting choices, performances, and events to those of the movie’s, it would be worthless, as the series’ characters are loosely based on those of the novel’s, and the era that the story takes place in is totally different than the one from the novel, making it an entirely new take on the story and a fresh approach to imagining the source material.

On the other hand, being the latest work from the creators of last Ramadan’s massively acclaimed TV series Grand Hotel, it draws an instant comparison between the two pieces of art; a comparison that would definitely benefit Grand Hotel’s side in this case.

One could really imagine how hard it would be to follow an act as acknowledged as Grand Hotel, which satisfied both audiences and critics on the same level; a TV series that reached previously unimaginable heights for Egyptian drama. From the beauty of the scenery to the amazing performances to the optimum pacing of events, all served in making watching Grand Hotel a unique experience that will act as the bench mark of TV drama for years to come.

With La Totfe Al Shams, the audience isn’t treated with a plot as flashy as that of Grand Hotel’s. It follows the chronicles of five siblings and their mother—after the death of their father—and their individual journeys to self-discovery.

Translating this story to the screen this time around is writer Tamer Habib. While not unlike the rest of his scripts so far, whether in cinema (Hob El Banat, Sahar El Layali, An El Eshq Wal Hawa) or in TV (Taree’i, Grand Hotel), La Totfe Al Shams unveils the depths of its characters through their behavior in their romantic relationships.

But unlike all of his previous efforts, nothing much goes on other than that. What starts as a thorough display of an unconventional Egyptian family, starts suffering from being uneventful and reaches near stagnancy at a point. Combining this with the fact that some of the episodes, which should supposedly be 45 minutes long, are only shy of 30 minutes of duration, only shows how some stories should not be turned into the typical 30-episode long series and only be turned into movies. It just feels like there is not enough content for the plot to move on in any direction, to the point that some of its purposeless characters keep repeating the same kind of dialogue in different ways.

One of the major problems in La Totfe Al Shams’ screenplay is that by the end of the series one might find it really hard to cheer for any of the characters. This may actually be the result of adding as many realistic details as possible to the characters to make them more relatable and help the audience connect with them easily. But in this case (except for one or two minor characters), with such overabundance of negative qualities that all main characters acquire over their long development arcs, they could not feel more distant from being likeable.

When it comes to dialogue, Habib, who’s known for his masterful ability to inject intensity into any conversation between two characters—no matter how hard it seems at the beginning—delivers some of the most heartfelt moments of the series, only through his powerful-as-usual dialogue.

The star-studded cast of La Totfe Al Shams gives a collectively good job, if not as great as one would expect it to be. The quality of performances range from excellent (Mohamed Mamdouh’s performance as Ahmed is delivered with such spontaneity that helps in transcending the character’s melancholy in an effortless way; Ahmed Malek’s equally believable portrayal of two different sides of a very multilayered character; and Riham Abdel Ghafour’s fresh take on FiFi, which shows the audience a level of talent they never knew existed within her) to awful (Jamila Awad gives a career low performance with her emotionally detached portrayal of a supposedly insanely romantic character; Salma Abu Deif’s uncharismatic presence on screen; and Gehad Saad’s monotonous display of the character Abdel Salam).

The series definitely benefits from the range of quality actors in supporting roles, with memorable roles from the likes of Fathy Abdel Wahab, Sherine Reda, Khaled Kamal, Arfa Abdel Rasoul, Mahmoud El Leithy, and Mohamed El Sharnouby. This proves that director Mohamed Shaker Khodeir was not only successful in most of his casting choices, but also in guiding many of the actors to deliver the best they could—an effort that must be commended, especially under such pressure as that of Ramadan’s compacted production schedules.

Shaker also assimilates the technical aspects of the series with a high level of talent, including Bishoy Roosevelt’s cinematography, which gives a realistic and lively feeling to each episode, allowing the audience to connect more to what happens in front of their eyes, and his daring use of some interesting angles (several close ups on actresses faces for example) just to help in exposing the character’s feelings at the scene.

Amin Bouhafa’s touching score always feels like a boost that heightens the scene’s emotional magnitude as well, along with the detailed and character-specific set decorations by Ahmed Shaker Khodeir. The brilliant choice of the intro’s song, ‘El Hobb’ by Assala, acts as a buffer to the audience’s emotional state, transferring them to the dream-like, romantic state of each episode before it even begins.

If the series suffers from one technical let down though, this certainly goes to the sound department, with many dialogues deemed impossible to hear due to the background score being higher than the actors’ voices, to the other scenes where one can barely make two words of what’s being said. It is undeniable that the sound of the whole series could have been tremendously improved.

It is noteworthy to state the fact that the novel La Totfe’ Al Shams has been turned into a TV series that starred Salah El Saadany before but has been totally forgotten since. Although the 2017 series has already garnered the attention of many viewers, only time could tell whether it’s going to be the memorable TV version of the famous novel and movie or going to suffer the same fate as it’s TV predecessor with the same title.