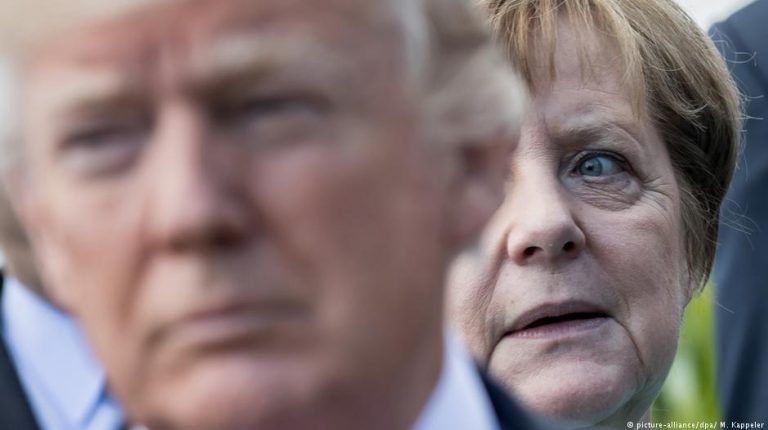 The environment is expected to get unprecedented attention at the Group of 20 summit in Hamburg – as the resolve of 19 countries on climate change is put to the test following Trump’s rejection of the Paris Agreement.Leaders of 20 of the world’s most powerful nations will come together in Hamburg, Germany, July 7 and 8. Among them, “Climate Chancellor” Angela Merkel – and US President Donald Trump, who has called climate change a hoax and dismayed the world by pulling out of the Paris Agreement to limit climate change to maximum 2 degrees Celsius (3.6 degrees Fahrenheit).

With Germany wearing the mantle of the revolving G20 presidency, Merkel isn’t shying away from what promises to be a controversial topic. The German government recently set out its agenda for the conference, confirming climate change as a focus of the talks.

“The question is, what can the outcome be after the US stepped out of the Paris Agreement? How will the other 19 countries move forward? Will they continue to stick to the agreement, and ensure its goals are within reach?”

On June 28, former Executive Secretary of the United Nations Framework Convention on Climate Change Christiana Figueres joined with international scientists and business leaders to author a wishlist for the G20 – in the form of an article in the journal “Nature.”

It outlines six goals for the G20 to set for themselves by 2020 – on green energy, low-emissions infrastructure, transport, land use, industry and finance.

The year 2020 has weighty significance: It is not only the earliest date the US can legally exit the Paris Agreement, but also marks a “tipping point” by which scientists say if emissions do not fall, the Paris Agreement’s temperature goals become virtually unattainable.

“We stand at the doorway of being able to bend the greenhouse gas emissions curve downwards by 2020, as science demands, in protection of the UN Sustainable Development Goals, and in particular the eradication of extreme poverty,” Figueres said in a statement.

Wael Hmaidan, director of Climate Action Network (CAN) International, welcomed the analysis, saying that, “if agreed, it would represent a very ambitious and welcome outcome” of the summit.

Listening to the people

Against the backdrop of the G20, there is massive pressure from the general public, civil society groups, scientists and public figures to act on environment. The “Nature” article comes in the wake of statements from other sectors of society.

Merkel attended the “Civil20” summit in Hamburg June 18 and 19, which saw civil society groups including CAN gather to put their demands to the Group of 20.

“The German G20 leadership has been very open to civil society input. We have seen them taking our comments very seriously,” Hmaidan told DW, adding that the “openness and transparency” of the German presidency set an important precedent for the future of the group.

Hamburg is expected to be overrun with protestors demanding action over global poverty and the environment. But questions remain on how much can be achieved without the world’s second-largest emitter on board.

“The German presidency has broadened the agenda to more environmental and social issues,” said Vedder. “It looks ambitious. But what’s important is what the result will be at the end.”

Observers will be looking at whether Trump’s rejection of the climate agreement will weaken fellow G20 countries’ resolve – or strengthen it.

So far, there have been strong signals from Europe and China that they are prepared to up their efforts to make up for America’s absence from the agreement, and within the US, cities and states have pledged to fight global warming regardless of the federal government’s disengagement.

But there will also be close attention next week on countries like Saudi Arabia and Russia, which have historically dragged their feet on climate change.

Hmaidan said both have made progress since the Paris Agreement was agreed – with Saudi Arabia investing in renewables, and Russia signaling it is on board to fight global warming. This summit will be a test of their commitment.

“Saudi Arabia is a close ally of the US and has recently signed a big arms deal with the Trump administration,” Hmadian pointed out, “so it’s important to see … how this will effect their position on climate change.”

“It’s a big test now of how much Saudi Arabia is under the influence of Trump vis-a-vis other agendas like climate change.”

As well as looking for a commitments on direct measures to reduce carbon emissions, experts say agreements made on G20’s core remit of economic development and financial regulation are also essential to fighting climate change.

“Having the G20 ensure that the future financial system is compatible with the Paris Agreement is important,” said Hmaidan. “We want countries to work further on creating carbon pricing that will help the shift from fossil fuel-intensive economies to renewable energy.”

He added that the G20 should additionally set a deadline for ending subsidies to the fossil fuel industry. Environmentalists also want to see action to ensure that international investment in development, as well as regulation of financial markets, is in line with Paris Agreement and the UN Sustainability Goals.

“The summit must deliver on regulation of financial markets for environmental risks,” Vedder said. “This is both an environmental and social issue. Pension funds are still investing in fossil fuels,” he added.

“This poses both the risk of climate disaster – and that people will lose their pensions if these investments turn bad because the sector has to be shut down.”

Climate change won’t be the only environmental issue on the table next week. Vedder points that marine pollution, and – unusually for a G20 summit, wildlife trafficking – are also slated for discussion.

But with Germany’s looking to boost its image as a leader on globate climate action and savior of the Paris Agreement versus the unpredictable president of the US, climate change is expected to play an unprecedented – and heated – role in the talks.