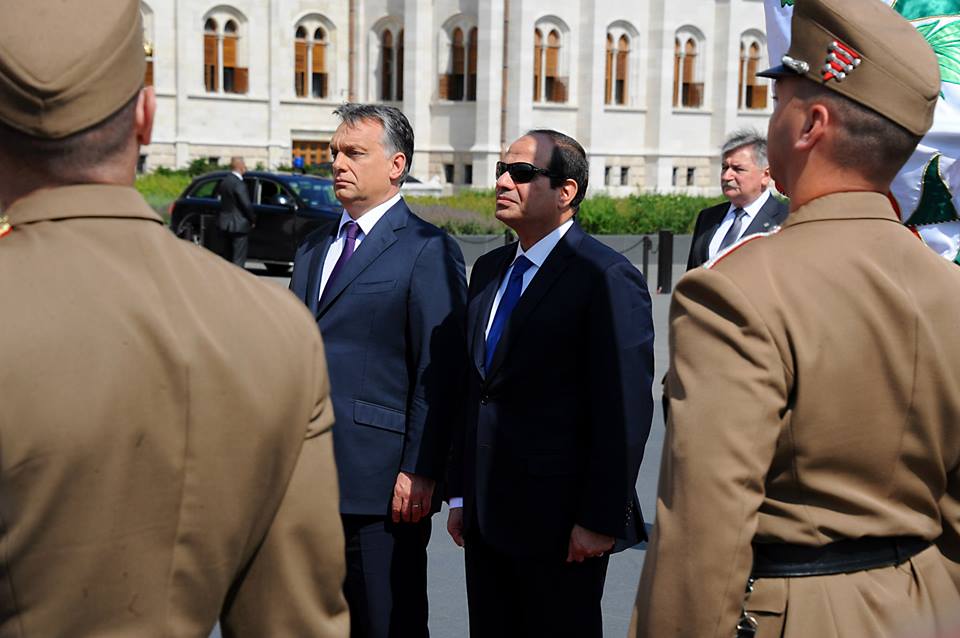 The Visegrad group countries (V4) announced on Tuesday their support to strengthen the European Union’s (EU) ties with Egypt, adding that they would present the diplomatic progress they had with Egypt during the holding of the next EU-Egypt Association Council, according to a V4 Summit statement.

“The V4 welcomed the progress the Arab Republic of Egypt has made with regards to the political transition process. The V4 expressed its readiness to share its experience of political and social transition. The V4 appreciated the economic reforms the Egyptian government decided to implement. The inclusive and sustainable economic growth is the best guarantee of a stable society,” the statement read.

The V4 also expressed its support to Egypt’s efforts in fighting terrorism, encouraging the latter to “maintain playing a stabilising role in the region.”

The leaders of the five countries asserted that diplomatic efforts would lead to long term solutions to the conflicts in the region, including the Syrian and Libyan crises.

Furthermore, the V4 and Egypt reflected on their cooperation in political, economic, scientific, and cultural contexts, expressing their interest to enhance cooperation and explore wider fields.

While in the context of tackling the immigration crisis, the V4 and Egypt agreed that countries of origin and transit should cooperate towards solving the crisis, adding that the roots of the issue must be addressed.

On the other hand, Egypt expressed its encouragement to V4 countries’ investments in Egypt’s latest development, especially in the construction of a new economic zone adjacent to the New Suez Canal area as well as other governmental projects, according to the statement.

“Egyptian companies are welcome to consider V4 countries as a regional hub for their business and investment activities in Europe,” the statement added.

The Visegrad Group is formed of Hungary, Poland, Slovakia, and the Czech Republic and was established in 1991 to enhance cooperation between the four countries in various fields. As well as strengthening stability in the Central European region.

Al-Sisi is the first Arab president to attend the Visegrad Group summit.