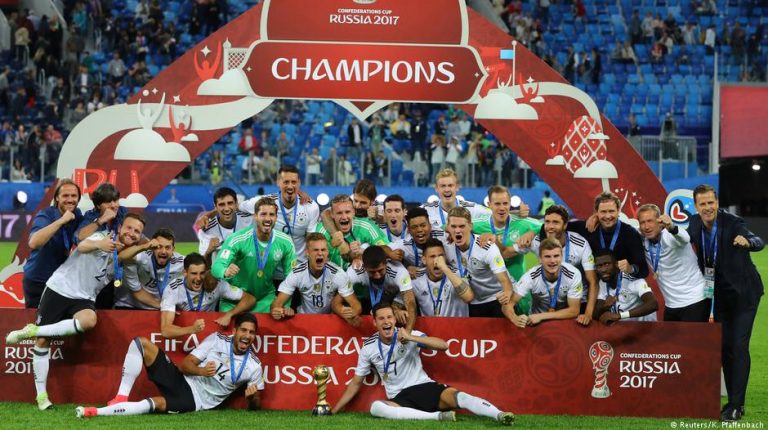 Germany’s triumph at the Confederations Cup has catapulted them back to the top of the FIFA rankings for the first time in two years. Joachim Löw’s side leapfrogged Brazil and Argentina, second and third respectively.Germany’s 1-0 victory over Chile in Sunday’s Confederations Cup final in Saint Petersburg means the world champions rise two places and have a slender lead of six points over second-placed Brazil.

Argentina suffered the biggest drop by points and find themselves 190 behind their South American rivals, while European champions Portugal, who finished third at the Confederations Cup, climbed four places to fourth.

Poland also jumped four places to their best-ever ranking of sixth, while 2010 world champions Spain dropped out of the top 10 to 11th.

The biggest movers were minnows Andorra, up 57 places to 129th thanks to their stunning 1-0 over Hungary in a World Cup qualifier last month.

Their previous, and only other, win in a competitive match was a 1-0 victory over Macedonia in a World Cup qualifier in October 2004.