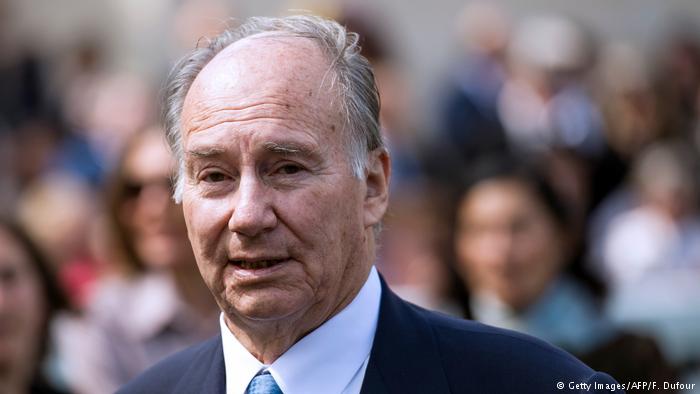 Prince Karim will celebrate his diamond jubilee as the Aga Khan this July. From the beginning of his time as Imam, he has been quietly supporting humanitarian and environmental work throughout Africa.”We can say with conviction that Africa’s moment has come.” With this the Aga Khan brought a 2016 keynote address to a culmination. While he commended the continent’s resilience, economic progress and a widening acceptance of diversity, it was this one sentence that summed up his optimism about the continent.

And his opinion matters, since there is hardly any other person who has as much experience in Africa over such a long period. Yet this is a far cry from Uganda in 1972 when under then President Idi Amin, Ismailis and other Asians were expelled for no reason other than fear and closed-mindedness, despite their having lived in the country for generations.

As a direct descendent of the Prophet Muhammad, Aga Khan IV is the 49th hereditary leader of the Ismaili Muslims, a branch of Shia Islam. Today, there are officially about 15 million Ismailis who are spread around the world.

On July 11 the Aga Khan will celebrate his 60th anniversary as Imam, or spiritual leader. Like the Dalai Lama, he is a ruler without a proper country.

Despite this fact he is nonetheless treated like a head of state with direct access to presidents and prime ministers. But he holds onto a tradition of political neutrality.

Prince Karim was born in Geneva in 1936 and brought up in Kenya before attending boarding school in Switzerland and Harvard University.

In 1957, during his undergraduate studies he became the Aga Khan. Suddenly he was thrust onto the world stage at the age of 20.

Since then he has crossed the globe many times over. Though he carries a British passport and is based north of Paris, he is truly a global citizen. All the same he has often been accused of living a lavish life, which conflicts with his pious role.

Besides being a moderate Muslim leader, the Aga Khan sees himself as much more: a business and religious leader who wants to bring East and West closer and at the same time do good for the poorest and most vulnerable and neglected people on earth – regardless of religion, gender or race.

The Aga Khan’s family has long served society. Among other things, his grandfather was president of the League of Nations and established major social welfare institutions and schools as early as 1905 chiefly in India and Africa. His uncle, Prince Sadruddin, was the United Nations’ High Commissioner for Refugees.

Following in his grandfather’s footsteps, Prince Karim officially founded the Aga Khan Foundation over 50 years ago. It was the first of 10 agencies which today make up the Aga Khan Development Network (AKDN).

This group of private for and non-profit institutions now employs 80,000 and works in over 30 counties, across Asia, the Middle East, Africa, Europe and North America, and combines business know-how with social goals. The Ismaili community also plays a role in these efforts; over 100,000 of them contribute volunteer time or professional services, not to mention direct financial aid.

Over the years the AKDN has built universities, hundreds of schools, parks, cultural centers, hydroelectric dams, and funded reforestation and rural development projects. Through its various health centers and hospitals it provides care to 1 million people annually.

In 2017 alone the AKDN and its partners plan to spend $925 million (812 million euro) on projects. This money comes from a variety of sources. The Aga Khan himself provides funding for administration, and new programs and country initiatives. Additionally, the Aga Khan Fund for Economic Development, which is the only part of the organization to work on a commercial basis, reinvests all surpluses into development initiatives.

Importantly this funding is supplemented by money from governments, multilateral institutions and private sector companies. It is these private-public partnerships along with coordinated efforts within the AKDN organization that multiply the scale and impact of projects – and has been the key to their success.

But the Aga Khan has repeatedly said that none of these efforts are charity, philanthropy or entrepreneurship. Helping the poor is simply a part of the Islamic faith, a time-honored tradition of service to humanity to improve lives.

Today the Aga Khan is one of the most positive influences on the continent, where he has been active for decades.

In 1959, he founded the Nation Media Group in Kenya. Today the group is listed on the Nairobi Stock Exchange and is the largest private media company in eastern and central Africa. It runs television stations and many newspapers in Kenya, Tanzania and Uganda. The AKDN still owns 44.66 percent of the conglomerate.

Overall the AKDN is now active in 13 African countries, working in everything from healthcare and banking to manufacturing and dam building. Of the 80,000 people that the network employs worldwide, 36,000 are in Africa.

Besides major infrastructure projects, teaching thousands of local farmers how to improve crop yield, fighting poverty, hunger and illiteracy another major focus is on education. They support many local schools and run the Aga Khan University Hospital in Nairobi.

As part of the Aga Khan’s holistic approach to development, cultural projects are also high on the to-do list, which leads us directly to his goal of a “civil society.”

To him a civil society does not come from governments or businesses. It comes from private institutions devoted to the public good, which are motivated by volunteers who want to improve the quality of community life.

In a speech in Egypt in February 2016 he went into detail about why this is important:

“I focus on Civil Society because I think its potential is often under-appreciated as we become absorbed in debates about the most effective programs of governments and others, or the most successful business strategies. But, in fact, it is often the quality of the third sector, Civil Society, that is the ‘difference-maker.’ It not only complements the work of the private and public sectors, it can often help complete that work.”

In the next weeks we will highlight some of the Aga Khan Development Network’s African projects.