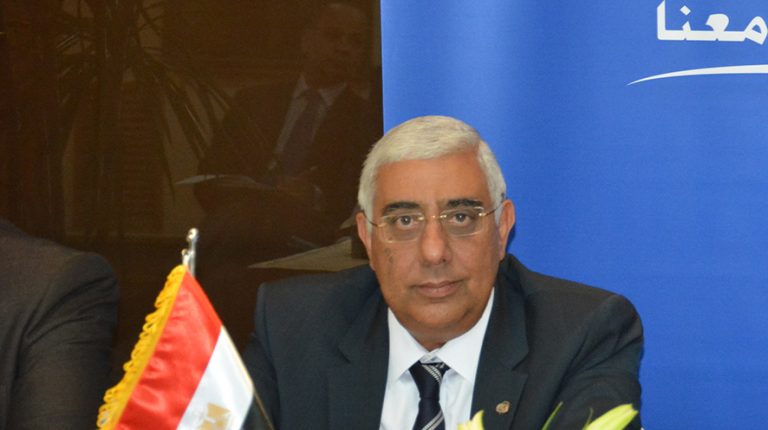 The United Bank aims to reduce its troubled debt portfolio to less than EGP 2bn and to achieve a 100% increase in profits by the end of 2017, according to chairperson of the bank Ashraf El Kadi. He said that the bank also seeks to increase its small and medium-sized enterprises (SMEs) portfolio by 20% and to increase the loan portfolio by 30% and deposits by 25%.

Last week, the general assembly of the United Bank has approved the bank’s business results of 2016, achieving a profit of EGP 429m, an increase of 80% compared to 2015.

The assembly also approved the increase in paid-up capital, from EGP 1bn to EGP 3.5bn, benefitting from the supporting loan granted by the Central Bank of Egypt (CBE) to the bank in 2006 to strengthen its capital.

The CBE owns 99.9% of the United Bank, and it is currently conducting a comprehensive restructure of the bank in an attempt to sell it within the next few months, according to previous remarks by Governor of the CBE Tarek Amer.

According to the El Kadi, the bank’s profits in 2016 came on the back of banking activities and continuous efforts exerted by the bank’s professional team, who believed in the strategic objectives of the institution.

He added that the bank will continue its expansion policy on all economic and social levels by implementing a group of developmental measures and plans to increase its market share, competitiveness, and return on equity. In addition, it will maximise the bank’s social responsibility, especially in the health and education sectors, as it contributes to finding solutions to a number of social issues, such as unemployment, slums, and hepatitis C.

“The United Bank has signed a partnership agreement with the General Authority for Suez Canal Economic Zone to provide smart banking solutions as well as financial and technical consulting to current and future investors in the development of the Suez Canal,” said El Kadi.

He added, “the bank has adopted an innovative philosophy in the field of SME financing based on the real development of this promising sector, which represents the true future of Egypt under the state vision of 2030.”

El Kadi pointed out that this policy is based on encouraging the local industry by increasing direct and indirect investments in industry, services, and trade to raise the efficiency of the Egyptian product and to reduce imports. He added that banks provide a package of financing programmes and innovative products that meet the needs of customers, as well as non-financial consultation that integrate financial and non-financial services to maximise the role of this sector in achieving economic growth.

He noted that the United Bank was one of the first banks to implement the presidential and CBE’s initiative to provide EGP 200bn for this sector, in addition to the participation with a number of donors, including the Social Fund for Development, to finance various segments of micro projects and SMEs of youth and women.

“The bank has invested in the field of information technology to develop its services and infrastructure, such as implementing the latest version of Misys-EQFUSION-4.3) which raised the level of banking services provided to customers, enabling the bank to be a strong competitor in retail banking and SMEs,” according to El Kadi.

According to El Kadi, the bank has also developed its ATM network, which covers most of the governorates with more than 200 ATMs in accordance with the latest international banking systems. The bank also initiated a customer service system at a call centre to respond to all customers’ inquiries. It activated the mechanism of sending alert messages to its electronic cardholders.

He added that the retail sector in the United Bank operates on four axes. The first depends on the provision of banking products and services to meet the needs of customers according to the latest international market standards, most recently was the offering of deposits with prepaid return in Egyptian pound and foreign currencies, in addition to increasing the return on savings and investment portfolios to 16%.

A few days ago, the United Bank has offered deposits with prepaid return in Egyptian pounds and US dollars, which enables the client to receive the return on the deposit in its same currency in advance, specifically starting from the second working day since the date of the deposit.

The deposit period ranges between three months to one year for the Egyptian pound—18 months for the dollar.

The bank also issued a new savings vessel under the name of the tripartite certificate with variable return, which is determined according to the rate of return announced by the CBE. The duration of the certificate is three years, starting from the next day of purchase, and its current return is 16%.

According to El Kadi, the offering of these new investment savings vessels came in response to the CBE’s move to encourage saving and to withdraw liquidity from the market, which contributes to the rationalisation of consumption, as well as solving the problem of inflation and reducing the burden on the citizen.

“The second axes of the bank’s expansion plan is to develop a range of non-traditional banking services that contribute to the financial inclusion of the Egyptian society as a whole, including the Internet banking service, government electronic payment service, as well as a number of other electronic services, which are provided through the bank’s website with maximum safety and speed,” according to El Kadi.

He added that the third axis is the activation of the financial inclusion system, due to the importance of integrating the informal economy into the formal economy, which increases the opportunities for comprehensive community development, as well as the spread of banking culture and the increase of consumer financial awareness.

He pointed out that the financial coverage is not only based on the existence of a bank account, but also on the establishment of an integrated system that enables individuals to use various financial instruments in their daily lives and enjoy the benefits of these services whether payment, credit, insurance, or investment in a more convenient and secure manner.

According to El Kadi, the fourth axis is based on offering a package of financing products and savings and investment vessels, which meet the needs of customers in Egyptian and foreign currency, as well as comply with the provisions of Islamic Law.

El Kadi pointed out that the real estate finance sector in the bank is working on the development of the real estate finance culture in the Egyptian society as a whole, through the introduction of a number of excellent programmes, as well as expanding the base of beneficiaries in accordance with the CBE’s initiative for the limited and middle income persons.

According to El Kadi, the Islamic sector has recently obtained the approval of the Shariah Board to introduce the Murabaha Sharia programmes in accordance with Law No. 55 of 2014, as well as the cancellation of the relative stamp duty that was collected from customers of the real estate finance sector. The bank activated the repayment service of the real estate finance fund through the bank’s 51 branches nationwide in cooperation with e-Finance.

He added that the bank has also adopted a general plan to intensify the geographical presence in all governorates, especially these related to the development of the Suez Canal axis and Upper Egypt, where it opened a number of branches in several areas during 2016, including new branches in Fifth Settlement and the Port of Alexandria.

According to El Kadi, the bank plans to open five new branches this year in a number of governorates.

El Kadi stressed that the bank believes in the need to maximise the performance of the work team and focus on the institutional construction, through an integrated plan to train employees and raise their professionalism. He pointed out that the number of trainees from the bank’s employees reached about 615 in 2016, while the number of training hours reached more than 4,500, covering all the rules of banking so that the bank can improve its position in the market based on its technical and human capabilities.

25% of patents granted in 2016 by Egyptians are in field of human needs: CAPMAS