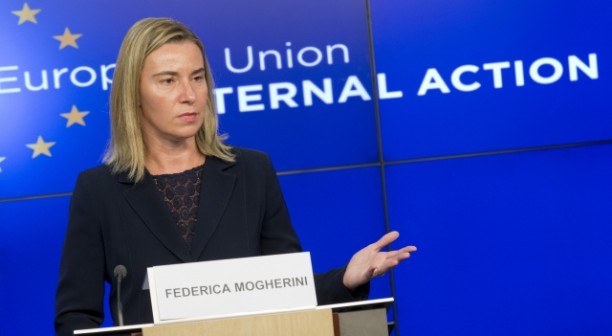 Egyptian Minister of Foreign Affairs Sameh Shoukry received on Sunday a phone call from High Representative of the European Union for Foreign Affairs and Security Policy Federica Mogherini, discussing several issues, according to an official statement.

Ministry of Foreign Affairs spokesperson Ahmed Abou Zaid said in the statement that Mogherini expressed her condolences to Egypt for the terror attack in Rafah and her support to Egypt in its war against terrorism. Also, she praised Egypt’s comprehensive view in besieging the phenomenon of terrorism from its financial and organisational aspects.

Abou Zaid added that the discussion included the latest developments in the Qatari crisis, and Shoukry asserted that Egypt, Saudi Arabia, Bahrain, and the United Arab Emirates insisted on changing Qatari policies, which disturb the regional stability through supporting and financing terror organisations.