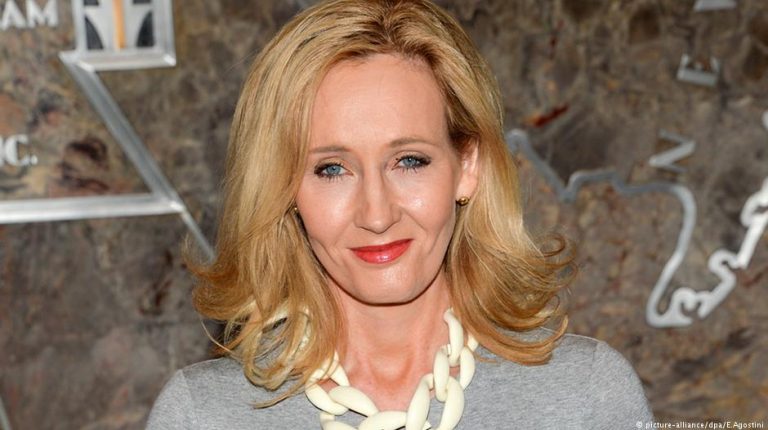 J.K. Rowling was rejected numerous times before finding a publisher for her Harry Potter series. She’s one of five stars who hit the big time despite their talents being underestimated at first.One of the most successful children’s book authors in the world – and one of the wealthiest writers alive today – Joanne K. Rowling didn’t exactly have a smooth runway from which to launch her career. Before she released the Harry Potter series and earned millions with its franchise, she lived on welfare and could hardly keep her head above water.

As a child, she wrote her own stories and loved books, and wanted nothing more than to work as a novelist when she grew up, Rowling’s first jobs after getting her university degree were as a secretary, translator and archivist for various companies. She wrote on the side.

From social welfare to world fame

While on a train ride in 1990, she got the idea for a book about a young man with magical powers and his experiences at a boarding school. Yet it took her years to complete the manuscript. The death of her mother, an unhappy divorce and the birth of a child happened during that time. In 1992, she was living in Edinburgh and was an unemployed single mother with no savings who relied on social welfare assistance. “I had failed on an epic scale. An exceptionally short-lived marriage had imploded, and I was jobless, a lone parent, and as poor as it is possible to be in modern Britain, without being homeless,” she said in a speech at Harvard years ago.

Her first book, “The Sorcerer’s Stone,” was rejected by no less than 12 publishers. It was actually not commercial enough for the London publishing house Bloomsbury, either. However, it one due to one of Bloomsbury’s employees that the manuscript ended up being accepted in 1997. He read the first chapter to his daughter, who immediately wanted to hear the second one.

Still, the initial payment for the first book of the series was a pittance. After earning an advance of just 2,800 Euros ($3,000), Rowling received the advice from her publisher to look for a job, as she would not be able to live off the earnings as a children’s book author. It wasn’t until a US publisher bought the rights one year later for more than $100,000 that Rowling’s potential became clear.

The rest is literary history. Seven Harry Potter books were published over a decade. The series has been translated into 73 languages; there are millions of copies in print. It has won numerous prizes and its filming has added millions more to Rowling’s coffers.

In a bitter reminder of her earlier days as a no-name, Rowling was rejected by publishing houses after submitting the manuscript of a crime novel in 2013 under a pseudonym. One of the rejections even included the words: “A writing course might be useful,” according to a posting she made of the note on Twitter. The tweet wasn’t intended as a slight toward the publisher, but rather, she said, as an inspiration to other authors.

Rowling is not the only celebrity whose talents were not recognized at first. Learn who else was underestimated in this week’s “Hive Five” ranking.