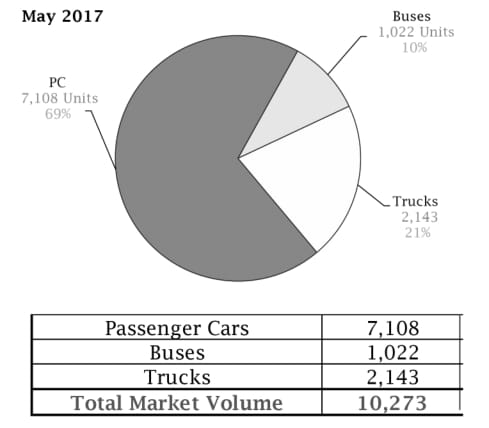 The decline in sales is due to the large price differential witnessed across the automotive market in recent months, especially since the beginning of 2017, when the price of cars doubled, which did not serve sales throughout that period, said Osama Abu Al Majd, head of the Car Dealers Association.

Khalid Saad, a member of the board of directors of the Bavarian Automotive Group and general manager of Brilliance Egypt, predicted the continuation of the decline in sales, especially after the Central Bank of Egypt’s (CBE) decision to increase the interest rate on deposits and loans by 2% came in favour of citizens who do not have direct investments in the local market; however, it does not support the investment movement, especially in the automotive sector.

In addition to that, 70% of the sector’s sales rely on the loans provided to customers, while only 30% of purchases rely on cash, according to Saad.

Saad also mentioned that the decision will backfire on car sales, as he explained that the customer who depends on loans does not have sufficient liquidity to pay in cash, so the number of customers will eventually decrease.