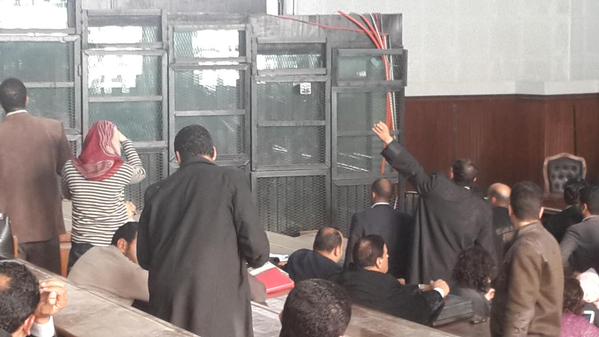 The Cairo Criminal Court postponed on Monday the trial of six suspects in the case of the assassination attempt on Judge Moataz Khafaji to 19 July, reported local media.

The defendants are six alleged members of the Muslim Brotherhood (MB), who are accused of plotting and implementing the incident, which took place in May 2015, damaging five cars in the vicinity of the explosion and injuring a civilian who was close to the scene. Khafaji survived the attempt.

Khafaji was looking into several cases involving “terrorist cells,” which are said to be affiliated with the MB.

Egypt has witnessed an increase in attacks that target officials, police officers, and judges, who are involved in the nationwide crackdown against the Muslim Brotherhood ever since July 2013 after the ouster of elected president Mohammed Morsi, a senior member of the MB.

The incident was not the first attempt to target a judge. In June 2015, Egypt’s Prosecutor General Hisham Barakat was killed by a car bomb in front of his house in Cairo. MB members were accused of the crime.

The killing of Barakat, which marked the first of such a high-profile figure since 1990, sparked instantaneous response from the state. Shortly after Barakat’s funeral, President Abdel Fattah Al-Sisi announced expected legal amendments to take place to speed up trials and the enforcement of verdicts.

Strict prison sentences issued to 6 in attempted murder of judge