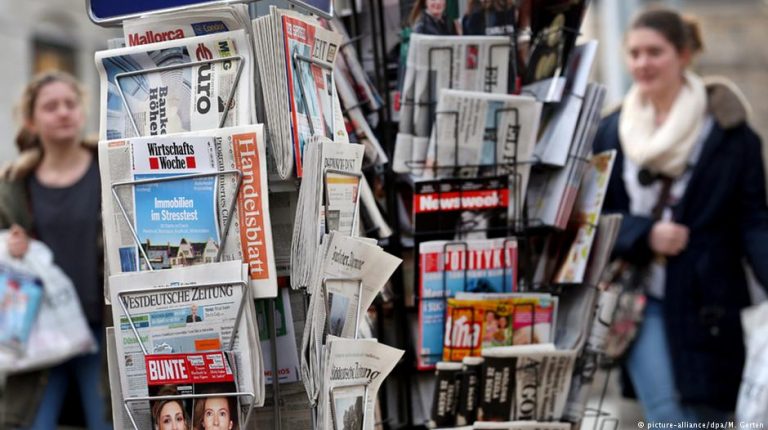 Germany’s best-selling tabloid, Bild, came up with a controversial front page portraying perpetrators among the protesters and asking its readers to identify them. Was it an infringement of the German press code?The German Press Council is a voluntary self-regulatory organization for German newspapers, magazines and online media. It monitors compliance with a 16-point press code. If it is infringed, the Press Council may issue a public or private reprimand.

DW spoke with journalist Manfred Protze, spokesperson for the council, to discuss Bild’s controversial coverage of the G20 Summit.

DW: Under the headline “Wanted! Who knows these G20 criminals?” the German tabloid Bild published pictures of people protesting during the G20 summit without obscuring their faces. Manfred Protze, is it legal for a medium to hunt down alleged perpetrators that way?

Manfred Protze: Bild was dealing with the public conduct of people in a context of events that were absolutely of public interest. They were not isolated people in isolated acts; they were connected to a larger event. And a medium can of course report about such events. Every participant of a demonstration – even peaceful ones – must accept the fact that they can be photographed.

Now it has to be determined whether the personality rights of the portrayed people were violated, possibly through a depiction in a negative context in which they were not involved, or whether they were set in the foreground in any particular way – which is technically possible. If that is the case, then they are protected by law.

But what we have in this case is different: It is about a criminal act. The identification of offenders and their legal prosecution is basically always of public interest. In this respect, although we haven’t concluded the study of the case, a first look at it leads to determine that it was justifiable under the German press code.

Another aspect plays a role: Was the serious crime committed in public? This is according to our rules a criterion that leads us to say the press is also allowed to publish it.

But doesn’t that turn a newspaper into the assistant of investigative authorities?

Nothing restrains the press from supporting investigative authorities. It is free to accept to support authorities when they ask to publish, for example, mug shots of criminals.

In this case, the pictures were not mug shots, but journalistically motivated photos…

Exactly. Bild published photos of perpetrators in action – and in this way there is no doubt that they were perpetrators – and commented the events. Commenting and assessing events is a completely normal function of the media.

Aren’t the courts in charge of judging whether an act is criminal?

That goes without saying. This was a form of reporting based on suspicion, albeit a reasonably permissible one. One can assume that whoever grabs a stone and throws it during a demonstration is committing a crime.

What you are referring to actually concerns the issue of accuracy. Any medium publishing such a photo must make sure it is accurate. We do not know Bild’s sources. We do not know how reliable this source is. If the photos turned out to be fake, that would have consequences for the newspaper.

What about the headline, “Wanted: Who knows these G20 criminals?”

It’s the medium’s comment on the events. The fact that Bild presented the story like a manhunt poster is a particular layout form. What we are asked to determine is whether that collides with the press code.

What’s the influence of social media on traditional media? Are the borders between both disappearing? There is no German Press Council for citizen reporters…

The level of accuracy and the protection of personality rights and everything else included in the press code is what distinguishes traditional media from all other forms of internet mass communication.

How do you perceive the withdrawal of press accreditations during the G20 summit – based on secret information of the German Federal Office of Criminal Investigation, possibly obtained from the Turkish secret service?

I think this is a serious matter – even without knowing if the reasons for not issuing the press accreditation were valid. Every intervention of this kind interferes with free reporting; it therefore absolutely needs to be investigated.