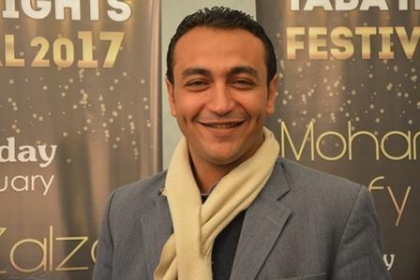 Eltrabishy said in an interview with Daily News Egypt that Taba Port’s returns reached approximately $1.2m annually with a capacity of one million passengers.

What is the size of investment in Taba Heights resort?

The volume of investments in Taba Heights is estimated at EGP 12.5bn following the decision to liberalise the exchange rate. Investments before the flotation decision reached EGP 2.5bn.

How many of Taba Height’s hotels are operational?

So far, three out of a total of six hotels are operational due to several factors, the most important of which is the decline in tourism.

We seek to open the rest of the closed hotels in the coming period as the Bay View Hotel will be reopened next month with an opening ceremony. The room prices of the new hotel will range between $200 and $300 per night.

Furthermore, E.MAK Swimming Pool Center will install a water park at Sofitel Hotel at a cost of $145,000 in January. We contracted with E.MAK last year to develop this park.

What are the types of tourists in Taba Heights?

The company is working to develop different categories of hotels to suit all guest segments.

Orascom is seeking to attract a number of guests to compensate for continuing losses. Taba Heights was dependent on British, French, German, Italian, and—to a lesser extent—Russian tourists, who spend large sums of money.

Egyptians are now becoming more present in Taba Height’s resorts, since last January. The price of a room for Egyptians is about EGP 450 per night for the double room.

What is the source of dollar to the resort?

The resort receives dollars through its Taba Heights Marina.

The Marina’s income reaches $1.2m annually, 50% of which goes to the General Authority for Red Sea Ports, the main partner in the port.

Taba Heights and the Red Sea Ports Management Company is a partnership of 51% for the General Authority for Red Sea Ports, and the rest is for Orascom Hotels Management, which has the right of management for 50 years.

The company has improved its legal situation to be on the map of international ports after entering the tourist business activity.

What is the capacity of the Marina?

What is the main reason in the decline of tourism in Taba Heights?

The Taba bus bombing of 2014, which was transporting a number of Korean tourists, was a major reason for the decline in traffic to Taba.

Furthermore, after the bus incident, German company FTI Touristik GmbH advised all German nationals not to visit Taba until July 2015. This contributed to the closure of hotels, which increased the losses of the company in its investment there.

The area of Taba began its slow recovery during the last period as a result of the propaganda, marketing parties, and concerts that Taba Heights initiated during the past period.

What is the size of the budget allocated for these propaganda concerts?

Taba Heights has allocated EGP 20m annually to hold concerts for famous singers of the Arab world, which raised the occupancy of hotels. The minimum occupancy during concerts is 50%, and, sometimes, all rooms are occupied.

What is the size of investments in Club Med Sinai Bay?

Club Med Sinai Bay is one of the resorts of Taba Heights, which is a unique resort situated in a beautifully preserved bay between two mountains. The hotel has the best hotel in the world of the Club Med Group, which has 120 hotels worldwide.

The current investment reached about EGP 2.2bn after the flotation of the Egyptian pound.

Does Taba Heights intend to reopen the Club Med?

Does the company seek to increase investment in the region?

Taba Heights does not seek to inject new investments in the region during the coming period. However, we are focusing on attracting other tourist nationalities, including Lithuania, and we will receive the first cohort in October.

Does the closure of Taba International Airport affect the tourism movement in the region?

Absolutely, yes. We call EgyptAir to fly at least once a week to Taba Airport, as closing it causes great losses for the region. The company is using Jordanian airports and Sharm El-Sheikh International Airport to transport its tourists to Taba.

Did Taba Heights submit any recommendations to governmental agencies to revive tourism in the area?

We did send recommendations and requests to the Ministry of Tourism, the Ministry of Investment and International Cooperation, and the cabinet, including operating the direct road to Taba at full capacity. The Tourism Promotion Authority does not support Taba and does not put it on its tourist map at international exhibitions.

What are the efforts Taba Heights has done to promote tourism in the region?

Our company agreed with the management of King Hussein International Airport in Jordan, the Jordanian Commission, and a number of Jordanian maritime companies to operate joint flights between Aqaba and Taba. The agreement will be made at the tourism exhibition ITB Berlin in November.

The international port will be used in Taba to transport Egyptians to Aqaba to spend their vacation and exchange tourists between the two parties. The agreement includes the arrival of the tourist from any airport in Egypt to Taba to spend their vacation, and then move to the port of Aqaba and get a flight from there to speed up the process of transporting tourists back and forth from Taba and Aqaba.

The company is seeking to use the shipping line between Hurghada and Sharm El-Sheikh to operate the Taba area during the coming period.

These agreements will pump $3m annually through transferring tourists through the marina.

Moreover, it was agreed with the Jordanian side that Egyptians will pay for the fees of Taba Aqaba trip in the Egyptian pound to preserve the foreign currency within the country.

The company has a housing project. Why did the project stop?

A real estate residential project in Taba has been suspended following the non-acquisition laws in the area, and these units are being used for rent. The units reached 104 and, out of them, only 30 units are rented.

How will the increase in electricity prices affect you resort?

We pay EGP 1.2m monthly before the decision to increase, and we will pay EGP 3m monthly after the increase, which adds pressure on our operations.

How much are the arrears in favour of the electricity company?

The arrears amounted to EGP 14m. The arrears were scheduled for 28 cheques, and we have started paying them.

What is the size of income of the six hotels of Taba Heights?

The income for the six hotels in Taba Heights is EGP 50m annually, while employees’ salaries are EGP 54m.

The resort was charging the value-added tax (VAT) as a result of the tourism companies’ refusal to pay tourists.

What is the size of the company’s land bank in Taba?

The company implemented more than the periods set by the Tourism Development Authority for the implementation of projects, which made the company does not think at the moment to increase its investments.

According to the competition in prices in tourist areas in Egypt, how do you see this issue?

The concerned agencies have to set a minimum price for hotel rooms in South Sinai to stop the burning of prices (to have justice competition). The camps inside South Sinai sell at prices more than many hotels located in South Sinai.