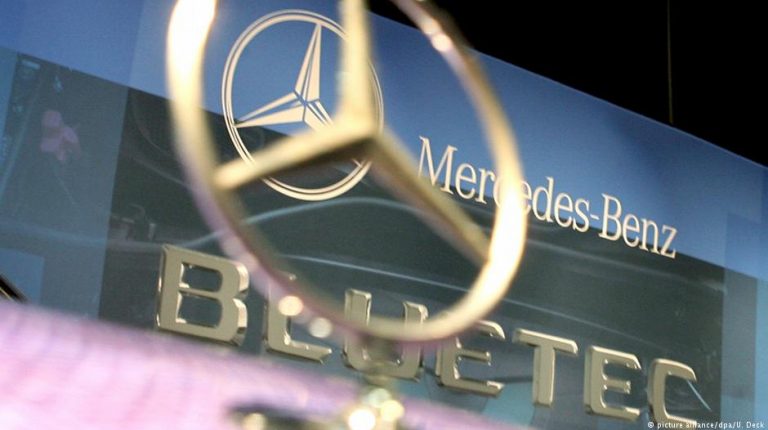 The German premium carmaker has renewed a claim that it doesn’t use illegal software to artificially lower the emissions in some of its diesel vehicles, as German authorities are taking a closer look into Daimler cars.After German Transport Ministry officials on Thursday met with Daimler representatives, including the head of technology development Ola Kaellenius, Daimler vehemently rejected allegations it had installed software to manipulate the emissions of its diesel cars.

“On the basis of our current information, we would fight any claim by the German Transport Safety Authority (KBA) that we installed an illegal emissions control device with all legal means available,” the Stuttgart-based premium carmaker said in a statement on Friday.

A Daimler spokesman also rejected German media reports on Friday that transport ministry officials had sought a recall of Mercedes cars in light of the allegations.

Daimler executives were summoned by the Transport Ministry following a report by the daily Südddeutsche Zeitung on Wednesday that it had seen a search warrant issued by a court in Stuttgart to investigate excessive emissions on more than one million Mercedes cars sold between 2008 and 2016 in the US and Europe.

The report mentions two diesel engine types – OM 642 and OM 651 – and says prosecutors believe the cars with these engines may be equipped with impermissible devices that shut down emissions controls in certain situations. Such devices are widespread in the auto industry, but they must be properly disclosed and accounted for.

In September 2015, another German carmaker, Volkswagen (VW), was caught as the first manufacturer using the illegal software. Later it admitted that it had equipped 11 million cars with such defeat devices, unleashing a major scandal that has since been known as VW dieselgate.

Ministry spokesman Ingo Strater said the company “set out its position that Daimler is behaving in accordance with the law,” adding that KBA would conduct the investigation as it had done in the past regarding other manufacturers’ vehicles.

As part of its efforts to clear up mounting questions about the reliability of emissions controls in diesel cars, the Transport Ministry is due to meet manufacturers on Aug 2 to discuss steps aimed at cleaning up older vehicles that use diesel technology, including software updates.