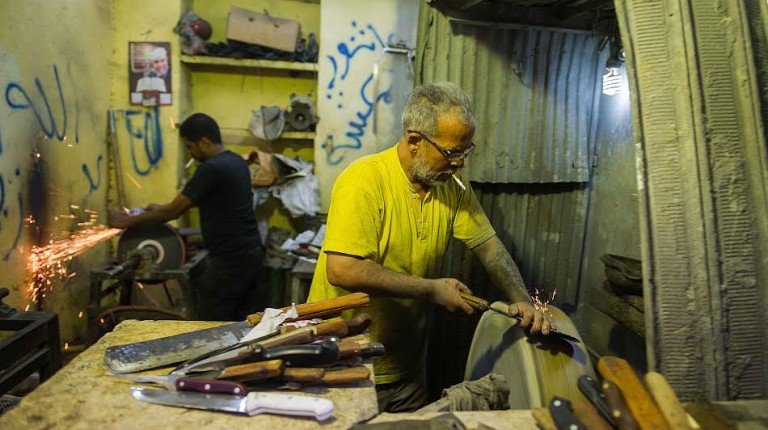 The German foreign ministry has confirmed on Saturday morning the killing of two nationals in a stabbing incident that took place in a beach resort in Hurghada Friday.
A statement published on Saturday morning by the German embassy in Cairo said, “it has been confirmed that two German female tourists were killed in an attack in Hurghada. According to our information, the crime targeted foreign tourists,” quoted its foreign ministry spokesperson.
The statement also said that representatives of the embassy in Cairo arrived to the crime scene and are in constant communication with Egyptian authorities.
The Egyptian Ministry of Interior announced Friday that a suspect was arrested after assaulting a number of tourists while on the beach with a knife, stating that the attack resulted in the injury of six female tourists of different nationalities.
Germany strongly condemned the attack on “people who only wanted to relax on the beach,” but continued to assure it has issued no new travel warnings on Egypt.
On the other hand, Ukraine renewed its warning against travelling to Egypt in a statement released by its ministry of foreign affairs, which it had already issued one day before the attack. The ministry said it strongly recommends its citizens to review plans before visiting Egypt, and if possible abstain from doing so, citing Friday’s attack on tourists and the extension of the state of emergency across the country as reasons. The statement warned from possible IS-affiliated terrorist attacks against citizens based on religious identity. On Thursday, Ukraine had issued a warning.
This comes as state-owned media Al-Ahram quoted sources in Hurghada Airport and the Authority for Tourism Promotion stating that tourism flow was not affected by the incident and that as many as 1,600 German tourists landed in Hurghada on Saturday.
The Russian embassy in Cairo confirmed to Daily News Egypt Saturday that a Russian tourist was injured in the attack and said that she “is safe now.” El-Salam Hospital’s general-manager, Ahmed Yehia, confirmed the news to the local “Masrawy” website and added that her injuries were minor in the head, neck, and chest, adding that she was treated.
Moreover, the Armenian embassy in Cairo said two injured nationals were improving with medical treatment and that he was told by the Egyptian Ministry of Health that they would be transferred to Cairo to complete their treatment, state media reported Saturday, adding that it was closely following investigations with Egyptian authorities.
State media also reported Saturday that the Czech embassy in Cairo confirmed the stability of the condition of one of its nationals injured in the attack and that she was assisted by a Czech diplomat at the  hospital.
Prosecutor General Nabil Sadek ordered Higher National Security prosecution to investigate the attack. The suspect was transferred to Cairo, state-media reported Saturday.
Red Sea Governor Maj. Ahmed Abdullah said the two foreign victims were Hurghada residents. The governorate posted online photos of Abdullah’s visit to the Hurghada General Hospital and El-Salam Hospital, asserting the improved condition of injured victims and claiming that the incident was “an individual act,” praising “fast security interference.”
The governorate added that one of the injured was to be transferred in a helicopter to Nasser Institute in Cairo to complete treatment.
The Interior Ministry stated that preliminary investigations suggest the man sneaked into the beach of one of the hotels where he committed the crime from an adjacent public beach. Authorities did not reveal whether there were terrorist motives behind the attack.
A man who lives and works in Hurghada spoke to Daily News Egypt on Saturday, on condition of anonymity, saying he was at the entrance of the Sunny Days El Palacio Hotel, where the incident supposedly took place. “I was just entering the hotel and heard screams. A security guard from the hotel started panicking, saying he ‘had just let that man in,’ in reference to the attacker. The security man claimed the man he had let in used to work in the hotel and faced money problems with the administration.”
The eyewitness said this took place at the Sunny Days El Palacio Hotel in Hurghada between 3 to 3.15pm. He said police arrived to the crime scene in “just a few minutes.”
“Sunny Days Hotels” Facebook page replied to a comment by a user inquiring about the attack saying, “thank you for the message in regards to yesterday’s incident. We will clarify some points for you to give you a clear understanding of what happened.”
“The incident took place in the Hotel Zahabia which is located next to Sunny Days El Palacio. The person concerned in the attack tried to escape through our hotel grounds but our vigilant security team caught him and handed him over to the police,” the hotel added.
Daily News Egypt spoke to a member of the board inside Sunny Days Hotels, who denied that the suspect was familiar to them. The source, who preferred to remain anonymous, said the suspect entered through Zahabia hotel to Sunny Days by swimming. According to him, the hotel is adjacent to Zahabia from one side and to a public beach from the other.
How the man accessed the hotels’ beaches remains a source of confusion between unverified claims and lack of official narrative.
On security measures, the eyewitness confirmed to Daily News Egypt that tight measures have been implemented in the past months to secure touristic locations. He added that “even sexual harassment is very strictly dealt with in Hurghada,” in an attempt to dismiss narratives spreading on social media that the incident was the result of a fight over the harassment of a woman.
Topics: attack Germany Hurghada Stabbing tourists