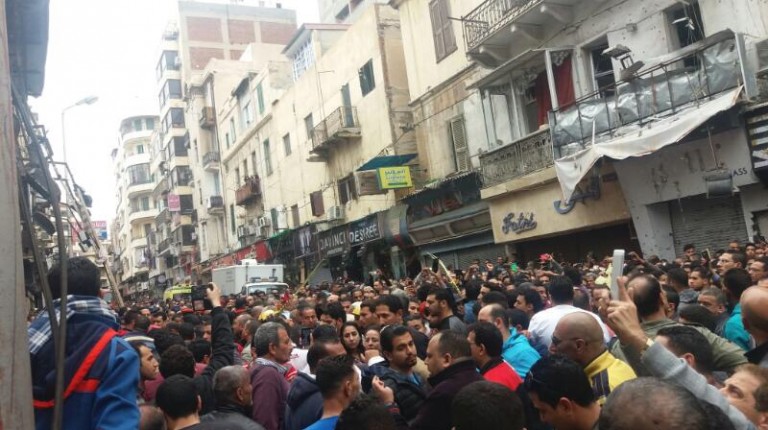 Alexandria police security forces arrested on Saturday a man suspected of attacking a church security officer with a razor blade, according to a Ministry of Interior statement.

“He attacked with a razor blade after he was not allowed to enter the church for not explaining why he wanted to enter,” the statement read.

The suspect did not hold any prohibited objects, according to the statement.

The church security officer was wounded in his throat as a result of the attack.

Greish added that the period of suspension was not specified by the ministry, but he speculated it would be until the end of July. However, he specified that the Catholic Church had not received any threats.

The Ministry of Interior intensified security measures near churches since Thursday, according to local media.

In April, at least 11 people were killed and 33 injured in an explosion at Saint Mark’s Coptic Orthodox Church in Alexandria on Palm Sunday, which occurred a few minutes after the departure of Coptic Orthodox Pope Tawadros II from the church.

A few hours before this, another explosion hit a Coptic Church in Tanta, leaving 25 killed and 71 injured.

Furthermore, in January, a Coptic alcohol merchant in the suburb of Sidi Beshr in Alexandria was murdered by an unidentified man while he sat in front of his store. Security cameras in the store caught the incident on tape.

Security forces later arrested the suspect, who was identified by CCTV footage from cameras placed in the store.