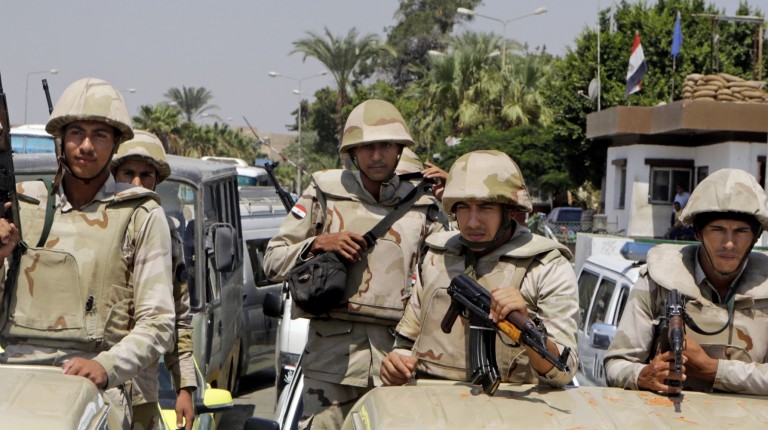 For the second time since May, the Egyptian air force prevented on Sunday an attempt to smuggle arms into the country through the western borders with Libya, according to a statement from the spokesperson of the military forces, Tamer Al-Refaee.

15 vehicles carrying arms and ammunitions were destroyed in the process, the statement read.

The military statement said that the operation was done with the assistance of the Egyptian military intelligence, which provided information about the suspects.

The convoy was destroyed in a 24-hour operation. The statement added that Egyptian air force and border guards will continue searching for the smugglers. The official page of the military spokesperson on Facebook published a video showing the operation and how the Egyptian air force targeted the vehicles.

The spokesperson added that six militants were killed during clashes with the Third Field Army in Central Sinai. They were allegedly planning to commit terrorist attack against army forces.

The 1,000-kilometre Egyptian-Libyan border has witnessed several smuggling operations, especially since the Arab Spring in both Egypt and Libya.

The Egyptian-Libyan relations reached a high level amid Haftar’s leadership to the Libyan National Army. In 2015, Egypt’s air force launched an operation in Libya, hunting elements from the Islamic State group, which previously published a video showing the beheading of 21 Egyptian Christians in Libya.