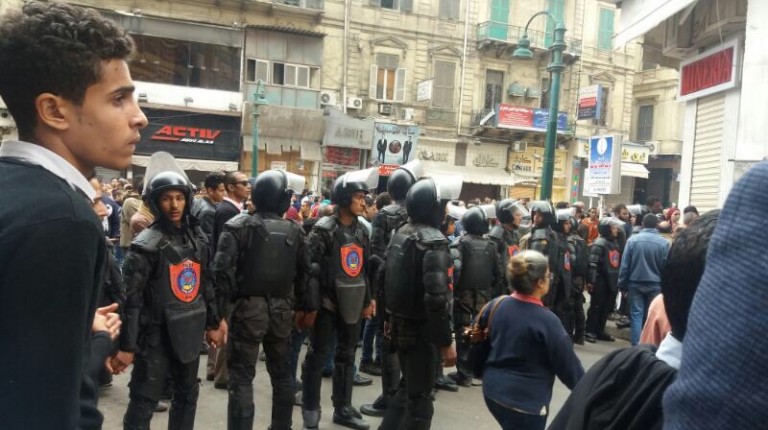 A suspect detained for assaulting a security guard Saturday in the Alexandria Church of the Two Saints could be facing terrorism charges. State Security Prosecution has ordered on Sunday his detention for four days pending investigations, according to state-owned media Al-Ahram.

While the Interior Ministry had previously revealed the identity of the 24-year-old suspect, Al-Ahram’s report quoted an unnamed security source claiming that the suspect has become a supporter and agent of the Islamic State militant group.

The source added that the suspect’s brother was an “active member” of the outlawed Muslim Brotherhood, and had been released from prison shortly before the incident after serving a jail term also on terrorism charges.

Footage obtained from the church’s CCTV showed a man entering through the back door gate then going back two steps to speak to a security guard seated by the gate. A few seconds later, he is seen assaulting the security guard. It was revealed he pulled out a razor blade and deliberately attacked the security guard.

The video showed that the suspect continued to attack the security guard until he was stopped and surrounded by another guard, a policeman, and citizens.

An eye-witness told TV that the man had attempted to ignore the security guard’s calls while passing through the church’s gate. When the guard asked if he was from around and to show an ID, the suspect assaulted him.

The Interior Ministry had stated that upon searching the suspect, the police found no illegal objects.

The church’s security guard had been treated for his injuries.

The church has been cordoned by security forces for years, after witnessing one of the bloodiest terrorist attacks on New Year’s Eve 2011, which killed at least 21 and injured nearly 80.