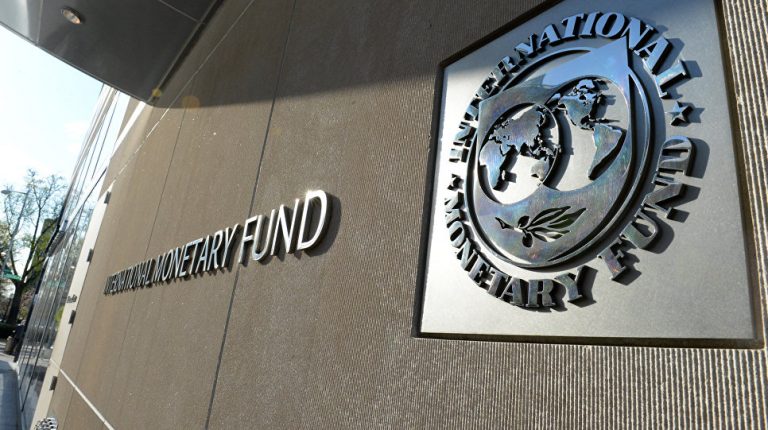 Following The International Monetary Fund’s (IMF) Executive Board first review of Egypt’s economic reform programme, backed by the arrangement under the Extended Fund Facility (EFF) published on Thursday. Which will allow the authorities to receive the second loan tranche worth $1.2bn, of the $12bn loan approved in November 2016, IMF answered the main questions concerning Egypt’s economic reforms.

The EFF supports Egypt’s comprehensive economic reform programme, which aims to restore macroeconomic stability and return Egypt to strong and sustainable growth. The economic reform programme targets the improvement of the foreign exchange markets, bring down the budget deficit and government debt, as well as raising growth to create jobs, especially for women and youth, while protecting the most vulnerable groups in the society during the process of adjustment.

What is the amount of resources disbursed after the first program review on July 14, 2017?

Completion of the first review allows the disbursement of SDR 895.48 mn (about US$1.25 bn), bringing total disbursements under the program to about US$4 bn.

What are the social protection measures adopted so far to shield the most vulnerable?

The authorities have put in place several programs to help the most vulnerable people, through increasing the value of cash transfer allowances offered through food smart cards by more than 100%—from 21 to 50 Egyptian pounds per person—raising transfers for infant milk and children’s medicines, in addition to expanding the social solidarity pensions to include medical coverage, as well as widening the coverage of the Takaful and Karama programs to an additional 1.7 mn households.

The government is also implementing other programs specifically targeted to young people, including increased access to vocational training. It is also collaborating with the private sector on innovative programs to provide safe means of transportation, especially for women.

Why did the Central Bank tighten monetary policy and increase interest rates? Would this have negative effects on growth?

The Central Bank of Egypt’s (CBE) decision to raise interest rates is consistent with the authorities’ objective of reducing inflation to safeguard the welfare of the Egyptian people. The CBE’s objective is to bring down the rate of underlying inflation to single digits over the medium term and IMF are confident in the CBE’s tools and policies to achieve this.

While higher interest rates do affect investment negatively, it is important to keep in mind that maintaining macroeconomic stability, of which low inflation is a key component, is just as important for investment and growth. Also, as communicated by the CBE in its public statement, it stands ready tp decrease interest rates as inflationary pressures subside

How can an IMF loan help the Egyptian people?

Financial assistance from the IMF can support the country’s finances while the authorities implement an economic reform program to restore financial stability and robust, job-rich growth. In other words, it can provide a financial cushion while the country adopts changes needed to help the economy grow again, bringing prosperity to all. By providing reassurance, it can also increase financial support from other development partners and facilitate access to international capital markets.

What measures are being considered for Egypt as part of a reform program?

The Egyptian authorities have designed a comprehensive package of reforms to help the economy recover. Over the program period general government debt is expected to decline from about 98% of GDP in 2015/16 to about 88% of GDP in 2018/19 –via a review of expenditure and tax policies – while protecting the vulnerable. This set of measures includes, for example, introduction of the VAT, and taking a closer look at energy subsidies, which generally tend to be expensive and benefit disproportionately the well-off, and redirecting this kind of spending to immediate needs, like education and health. The reform program also aims to make Egypt’s currency more flexible, strengthen competitiveness, improve the availability of foreign exchange, support exports and tourism, and attract foreign direct investment.

Won’t this loan just add to Egypt’s debt and make the problem worse?

Countries generally turn to the IMF for financing when they have run into economic difficulties. These difficulties may come about because of an external shock—for example, a sharp increase in the price of energy or other key imports, or because domestic economic policies have led to growing economic imbalances and vulnerabilities—for example, unsustainable budget deficits have been financed through borrowing, which has led to a build-up of public debt to levels that pose threats to macroeconomic stability.

Dealing with these shocks and imbalances generally entails resolute decisions by the governments: a cut-back in government spending, an increase in interest rates, or structural reforms to improve business environment and support growth and job creation. The role of IMF financing is to help countries ease the adjustment by providing a cushion of support and more time to address the underlying problem

Why is a flexible exchange rate better for Egypt’s economy?

Egypt’s external situation was unsustainable under the previous exchange rate regime. It was leading to foreign exchange shortages that were hindering operation of businesses and constraining growth. It was making Egypt uncompetitive vis a vis rest of the world and it was also causing the Central Bank of Egypt (CBE) to lose reserves. The flexible exchange rate regime, where the exchange rate is determined by market forces, will improve Egypt’s external competitiveness, support exports and tourism and attract foreign investment. All of this will help foster growth, job creation, and stronger external position for the country.

In the short term, the move to a flexible exchange rate could increase inflation as imports will become more expensive. However, we estimate this effect to be limited because to a large extent prices already reflect the more depreciated exchange rate at which many people buy foreign exchange. Moreover, the Central Bank is ready to adjust monetary policy to keep inflation under control, as evidenced by the increase in interest rates which it has just announced.

What is the IMF views on the increase in fuel prices announced by the government?

The Egyptian government’s implementation of the second phase of the fuel subsidy reform, which the government started in July of 2014, is an important measure in the authorities’ reform agenda. In the past, fuel subsidies have benefited wealthier people disproportionately. They have contributed to increased budget deficits and public debt, resulting in lower spending on key social expenditures such as health, education and infrastructure.

The implementation of the fuel subsidy reform is part of the Egyptian authorities’ comprehensive reform program. It will contribute to lower budget deficits and will free up public resources for much-needed social spending on health and education and growth-enhancing investments. Part of the savings from the reform will be used to strengthen targeted social programs such as “Takaful and Karama” to protect the most vulnerable. The subsidy reform will also make investment in labour-intensive activities more attractive, thereby contributing towards higher job creation.

Will the IMF loan help promote good governance and increase transparency in Egypt?

The IMF promotes good governance and transparency when lending to a country to support an economic program. Since poor governance can be detrimental to economic activity and welfare, specific measures to combat it can be part of a program, when warranted. Also, many of the structural reforms in programs supported by the IMF across the world focus on improving governance, including through better fiscal expenditure control, publication of audited accounts of government agencies and state enterprises, streamlined and less discretionary revenue administration, and better enforcement of banking supervision.

In addition, the IMF promotes good governance by enhancing transparency in the disclosure of documents, including the publication of all staff reports, as well as compliance with international transparency standards. The IMF also assesses the governance and transparency frameworks within central banks of countries to which it lends money. In the process, it promotes sound oversight, internal control, auditing, and public financial reporting mechanisms in these critical financial institutions. In the case of Egypt, public financial management and fiscal transparency will be strengthened to improve governance and delivery of public services, enhance accountability in policymaking, and combat corruption.