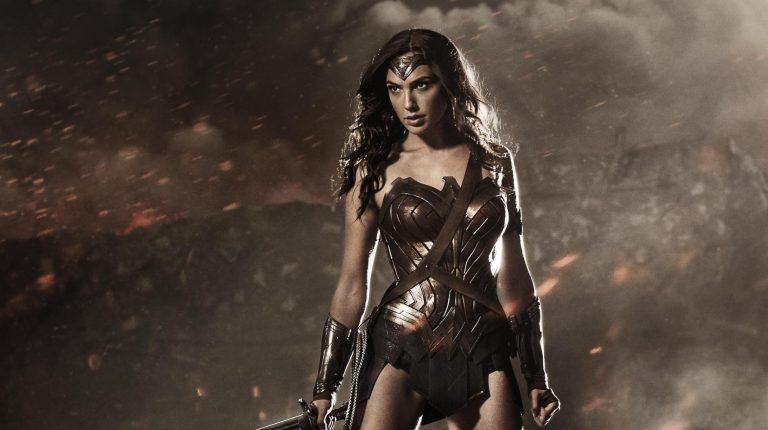 “Wonder Woman” starts, as most stories do, with a hero on a mission, an evil that must be conquered, and, if executed right, a viewer already enamored.

On that last front, “Wonder Woman” definitively succeeds. The movie opens with Diana Prince’s upbringing on Themyscira Island, a Pandora-meets-Mykonos wonderland inhabited by the all-female, all-powerful Amazons. The island was created and cloaked from the rest of the world by Zeus, and the Amazons are training on it to defeat Ares, the god of war, who wants to see humanity perish. Diana was molded out of clay to spearhead this battle. She is strong and effeminate, noble and naïve, a compilation of juxtapositions put together charmingly by Gal Gadot. The movie is set during World War I, and, with the help of Chris Pine as Steve Trevor, Diana sets out to end the war to end all wars by killing Ares.

In this world, like in most superhero worlds, evil starts out obvious—ugly, heinous, cloaked in black, and armed with a dagger. There are no illusions about who the villain is; no illusions about what their demise will denote. In the end, though, the overarching message is that evil is ubiquitous. Diana originally has unyielding faith that humans are pure and unblemished, and that Ares is to blame for the bloodshed. It isn’t until she defeats the villain, her version of the war’s puppet master, that she realizes that not everything is comic book black and white. The fall of Ares didn’t mean the rise of mankind. That responsibility is equally on the shoulders of all humans.

In the current political climate, this is an important lesson to note. At the end of the day, directing all our disdain and grievances at one person isn’t the solution. Blaming them, berating them, standing with posters demanding their resignations letters—all this creates is a cycle of shoving the weight of the world onto one person, something simply implausible, even if that person is a president. We saw this ourselves in 2011, when we believed that knocking down one man (nefarious and corrupted as he was) would change everything. It didn’t.

Don’t get me wrong. When someone in power is handing down injustice and inequality (oh, I don’t know, Donald Trump?), victims of their vendettas are entitled to their emotions, and they should absolutely use that fire to spur on change. However, at the end of the day, taking to a street or a screen to beg for impeachment is not what’s going to fix everything. If Trump resigns, Pence takes over. When Mubarak got the boot, Morsi stepped in. It’s a valuable lesson to heed: sometimes, even when change is as big and burgeoning as bringing down the god of war, nothing actually changes. At least, not the way we expect it to.

More often than not, a person running a country is using a framework built in by others before him or by people besides him. More often than not, power dilutes judgment, and the core of a person is mixed between both good and evil, meaning we can’t always look to them for our misfortunes, unemployment, and foreclosures.

“Maybe there’s not one bad guy to blame; maybe we’re all to blame,” Steve tells a disillusioned Diana at the end of “Wonder Woman”. If that’s true, then it is the responsibility of every single one of us to choose to be heroes, every single day. It’s not an idealistic notion. It’s not a romanticism of reality. It is a duty.

Because, as much as we might wish we did, we don’t have a Wonder Woman of our own flying into the sky. Batman went to bed, Ironman found out he was made of plastic, and Spiderman exists only in a costume store. In the real world, there are no superpowers. When the studio lights go off and the CGI effects are stripped, and the villains rise from their death beds and wipe off their fake blood, we are only left with two things: a beautiful solution, and the acting and animation that went into making it.

It is up to us then to embody the qualities our favorite heroes possess and direct them at the whole world, or at least, our whole world. When Wonder Woman walks into No Man’s Land and hears the pleas of grieving families, she doesn’t pause to assess how her actions will impact her. She doesn’t look up at the sky and yell at Ares for causing such distress. She runs into the heart of the turmoil and doesn’t look back. And yes, maybe we’re not all capable of deflecting bullets with our forearms or doing 360-degree kicks into the night sky, but we can all be courageous, compassionate, and strong—something every hero, real or make believe, is known to be.

The moment we realize that the solution already exists within us, not outside us, and that there is more than just one person to hold accountable, is the moment that real change can happen.

Asmae Fahmy is a graduate of the University of Miami who studied journalism and psychology. She is currently interning for M. Shanken Communications in New York.

Money talks but I’m not buying it