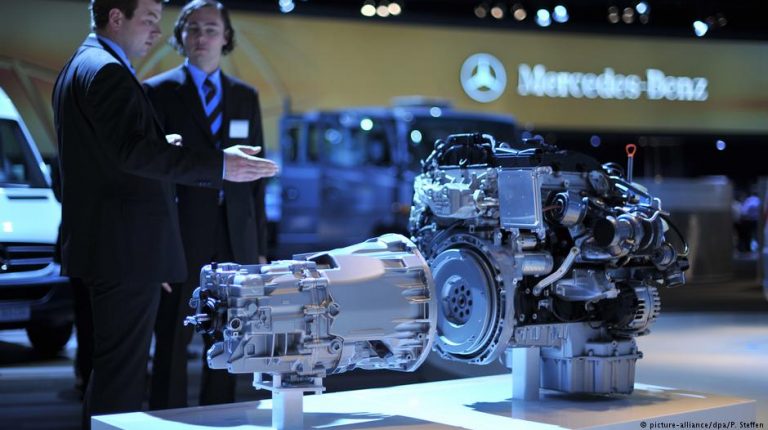 As a German debate about the downsides of conventional cars using fossil fuels gathers momentum, a new study has found that a complete ban of the combustion engine would severely hit the German car industry.In response to a campaign promise by Germany’s Green party to ban fossil fuel-driven cars by 2030, the Munich-based Ifo institute has calculated the economic effects of the move, urging political leaders to remain “technology-neutral” in efforts to meet the country’s climate goals.

This would mean that the government should refrain from imposing certain automotive technologies on consumers. “Competition among different climate-saving technologies must not be undermined by prohibitive measures which waste resources and do climate protection a disservice,” Ifo said in its study released on Tuesday.

Ifo’s report, which was commissioned by the German Association of the Automotive Industry (VDA), highlighted the importance of the carmaking industry, saying about 600,000 jobs depended on it, creating about 10 percent of gross industrial value in Germany.

Virtually all of them would be “directly or indirectly affected” by a ban of conventional cars by 2030, the report said. In addition, German industry would lose revenue of about 48 billion euros ($55.2 billion) annually.

The Ifo study also dismissed the Greens’ accusation that German carmakers’ success with conventional motor technology had slowed progress on alternative engines such as electric and hybrid vehicles.

Debunking the myth of German technological backwardness, Ifo found that between 2010 and 2015 a third of all patents in electromobility worldwide were registered by German firms. In terms of improving the efficiency of fossil fuel-driven cars, two out of three patents came from Germany.

“A ban of combustion engine cars cannot be based on insufficient innovation efforts on the part of the auto industry,” said Ifo president Clemens Fuest, adding that market-based measures would achieve more than bans.

VDA President Matthias Wissman said the study had shown that German carmakers’ efforts to innovate car technology would ensure the survival of the combustion engine beyond 2030. Highly-efficient conventional cars and electric vehicles were not enemies but complementary technologies along the path toward the automotive future, he said. “They are both needed if Germany is to meet its climate goals,” he added.