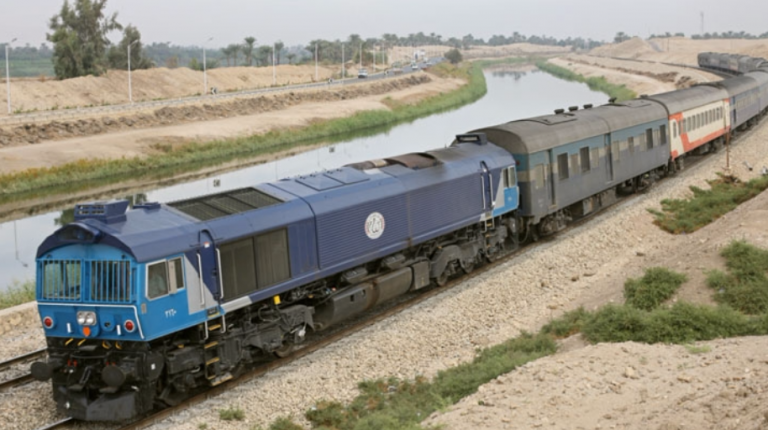 The Egyptian Railways Authority (ERA) started implementing the national project for the development of the authority this month, with investments estimated at EGP 45bn.

Chairperson of the ERA Major General Medhat Shousha, said that a timetable had been set for the completion of the project within 30 months, through the completion of the development of the infrastructure of the road signs, crosses, and barges, as well as the purchase of new locomotives and train cars.

Shousha added that the official and final contract will be signed with the American company General Electric for the supply of 100 locomotives, in addition to the maintenance of 81 locomotives that were purchased in 2008. The contract will be signed during August 2017, providing the procurement within two years after the approval of the first model for manufacturing.

Shousha pointed out that the ERA signed a second agreement with the European Bank for Reconstruction and Development (EBRD) to finance the purchase of another 100 new locomotives in the form of a soft loan.

The ERA will start jointly with the EBRD the procedures for issuing an international tender to choose the company that will manufacture and supply the new locomotives to study the purchase of 100 other locomotives, bringing the number of new locomotives to be purchased by the ERA up to 300 locomotives, which will contribute to support and develop both passenger and goods transport.

Shousha is negotiating to complete the contract to supply 1,000 new ordinary train cars to be operated in conjunction with the entry of new locomotives within two years.

A committee had been set up to visit the Italian factory to present the supply offer, noting that it will be agreed that part of the vehicles must be locally manufactured, Shousha pointed out.

Shousha also indicated that they were waiting for approval by the European Investment Bank (EIB) for the offer by a company to supply six diesel units through a bank loan of €126m to start contractual action.

Shousha added that a timetable has been set for the completion of the development of the rail crossing within two years, in conjunction with the start of arrival of new locomotives, pointing out that 230 rail crossings have been completed so far.

Shousha stated that the authority is currently moving forward with increasing the quota of electronic booking to reach 20% instead of 5% for each train.

He added that the studies on the establishment of a company for the transport of goods by rail will be completed to increase its share to 20% as a first stage, pointing out that a number of private shares are scheduled to be put into the private sector.

The ERA has put a number of tenders for the supply of spare parts. It is waiting for the availability of foreign liquidity to open funds.

Shousha pointed out that there are negotiations with the National Investment Bank (NIB) to drop part of the debts of the ERA as one of the governmental bodies that provide services to citizens.

On the other hand, he said that the government allocated only EGP 3bn to balance the current fiscal year against EGP 9bn was demanded by the Ministry of Transport to implement the development plan of the ERA.