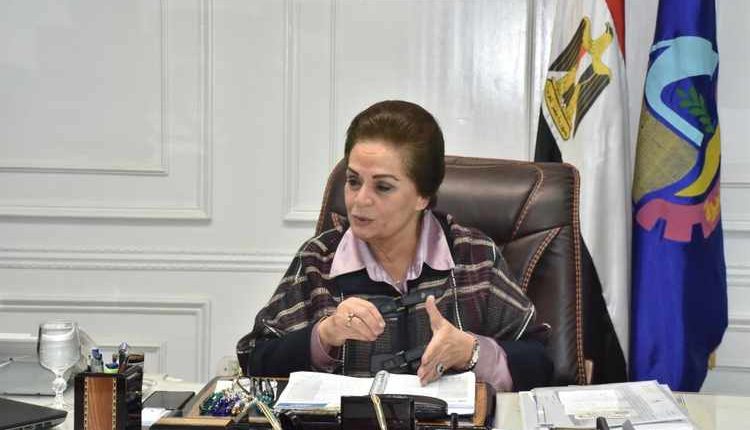 Egypt’s future first female governor, Nadia Abdo, wept when she heard Mohamed Mursi had been elected president in 2012; her tears provoked by fears that the Islamist politician would impose limitations on women professionals like herself.

But Mursi lasted barely a year in power before he was ousted by the military in July 2013, with former general Abdel Fattah Al-Sisi elected president a year later.

Abdo was sworn in as governor for the northern province of Beheira in February, the first Egyptian woman to hold such a post. She comes from a civil service background, having spent around 20 years working for state-run Alexandria Water Company, which she headed from 2002-2012.  Abdo had been appointed deputy governor of Beheira in August 2013, a month after Mursi’s fall.

“Tears streamed down my face when I heard the news about the win of Mursi,” Abdo told Zawya in an interview. “Today and while we are celebrating the anniversary of (his ousting), we look back at a very decisive period in Egypt’s history and we thank God that the rule of Mursi and his Muslim Brotherhood group has ended.”

Mursi’s rule, which emboldened Islamists and alienated liberals, made many female leaders such as Abdo fearful for women rights and personal freedoms.

“We had a very tough year,” Abdo said speaking of Mursi’s brief tenure. “I saw the Brotherhood’s attempts to replace all the good hardworking managers with their supporters. I saw this happening in the water company and I also knew the same thing was happening in several ministries.”

Abdo, once nominated by Egypt for the Arab Management Award run by Dubai ruler Sheikh Mohammed bin Rashid Al Maktoum, said she is now very optimistic about the future of Arab women leaders.

“I have advice for all the young women of the Arab world, especially those in the Gulf Arab states, who had over the past years been given access to high quality education, with many of them traveling abroad and achieving masters and PhD degrees, that the time has come for them to become leaders in their countries,” said Abdo, who holds a master’s degree in environmental health from Alexandria University.

Social and cultural barriers still pose challenges for many Arab females. Women in Saudi Arabia are banned from driving cars in the kingdom.

“No community can ever survive by the hands of only half of its people. Women are partners in all societies, they are an important, active component and should always have active roles and leadership roles,” said Abdo.

She praised Al-Sisi for appointing four female ministers to important ministries such as investment and planning. She said Al-Sisi was a big supporter of women and his actions would inspire other Arab rulers to follow suit. The Egyptian leader has declared 2017 as “The year of Egyptian women”.

Human rights activists and some Egyptians criticise Al-Sisi for launching a fierce crackdown against Islamists following the ouster of Mursi, imprisoning hundreds of them including the deposed president. Al-Sisi is also accused of muzzling freedom of expression and rolling back freedoms gained after Egypt’s 2011 uprising. In June 2016, several independent news websites were shut down and one Egyptian journalist was arrested, according to Reuters.

But according to Abdo, Al-Sisi is “a great leader”.

“He is exerting a lot of efforts to protect Egypt from becoming lawless or going through what other Arab countries are going through,” said Abdo.

Many Egyptians see Al-Sisi’s crackdown as necessary to protect the nation from descending into chaos. Egypt has gone through two waves of mass protests in the past six years, one that ousted Mursi and another one in early 2011 that ended the three-decade rule of former president Hosni Mubarak. The years of turmoil have ravaged the economy.

The Arab states of Syria, Libya, and Yemen have been mired in war for years following protest movements that started around the same time of the Egyptian uprising in 2011. The demonstrations began as peaceful pro-democracy movements and later took a bloody turn, leading to the rise of militant groups in the region such as the Islamic State.

“Al-Sisi prevented Egypt from turning to a warzone and protected Egyptians against becoming refugees,” said Abdo.

Over 5 million Syrians have fled their country since the eruption of the Syrian civil war in March 2011, according to data released by the UN Refugee Agency in March.

Abdo is regarded as one of the most active state officials in Egypt, according to local media reports. In one year, she inaugurated several fodder factories and chicken farms, and created industrial zones along with other social projects.

Asked about her formula for success, the official said with an infectious smile, “It is very easy and hard at the same time. I simply apply the rule of law all the time.”

“People who work hard get rewards. Others who don’t, get notified, and if nothing changes, actions get taken,” she added.

While Mursi’s presidential victory triggered sadness, Abdo said the moment she knew about her selection to become a governor brought her tremendous joy.

“I usually have one cup of coffee per day,” she added. “That day, I had ten cups as I was so excited and my heart was leaping with joy. It was a very happy moment.”

Wonder Woman: between empowerment and imperialism

Women’s Euro 2017: The hosts take their time but get the party started