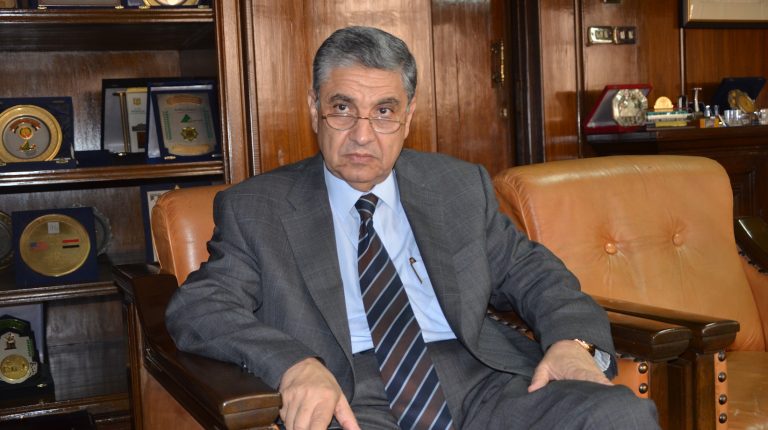 The Ministry of Electricity has been able to secure electric feed to all citizens, despite the high temperature. It is now working to improve the service and link all consumers to the grid, through an integrated plan that includes developing and upgrading the grid, next to opening the door for Arab and foreign companies to invest.

Minister of Electricity and Renewable Energy Mohamed Shaker said that his ministry is ready to contract with investors to purchase electricity produced from waste recycling projects in order to produce electricity for a price higher than other sources, whether traditional, new, or renewable.

He told Daily News Egypt that there will not be a stable price, but once an economic and financial model is received, there will be a contract, especially since the ministry seeks to diversify the sources of energy production and encourage foreign and Arab countries to invest in the field of electricity and renewable energy.

He explained that the Cabinet has announced a trial price and currently work is taking place to improve the performance of the tariff; however, requests were made to the Ministry of Environment and sent to the Ministry of Electricity to be considered. When all conditions and controls are met, the contract will be signed.

Shaker said that the third phase of the feed-in tariff of renewable energy will not be launched, but other projects will be launched on the other hand using the system of “competitive bidding”, where companies will be asked to make their offers based on the capabilities identified. Contracting will then take place with the company making the offer with the least price.

He explained that the Electricity Ministry will launch several tenders next year to establish solar and wind energy plants, especially since the second phase of the solar energy feed-in tariff is going with steady steps. Companies are expected to present the financial closing models and sign purchase agreements with the Egyptian Electricity Transmission Company in October.

He stressed that the government is committed to investors.

He denied the rumors about Sky Power making an offer for a smaller price. Negotiations are ongoing with them, including studying its request not to pay a 2% value for usufruct or contribution in the cost of the transformers’ plants. This will result in either rejection or acceptance.

The total area of the lands allocated by the state for all the new and renewable energy projects is 7,872 sqm. The lands are located in the Suez Gulf, Kom Ombo, Benban and Faris, and Zaafarana.

He said that several financial banking institutions have showed readiness for financing electricity production projects from renewable energy resources with investments worth $3bn, especially with the procedures and controls controlling investments in renewable energy.

According to the energy purchasing agreement, in case a dispute took place between the Egyptian Electricity Transmission Company and the investors, arbitration will be carried out in the Cairo Regional Centre for International Commercial Arbitration with the possibility of moving it to Paris if both parties agreed.

The Electricity Ministry has set a new strategy sought to be implemented until 2030. It includes securing the supply of energy, sustainability, institutional development, and governance of electricity companies, as well as establishing a competitive market for electricity, reducing carbon emissions, and reducing the impact of climate change.

Shaker said that there was a contract signed with Banque Misr and the National Bank of Egypt (NBE) in order to finance a plan to develop and expand transmission and distribution networks within three years at a cost of EGP 37.4bn.

Banque Misr and a number of banks finance the development of the electricity network at a value of EGP 18bn. The development plan includes the establishment of transmission plants and expanding some existing stations over two years, in addition to the purchase of new transmission units and cells. It also includes the implementation of high voltage cables and transmission lines.

The NBE and a number of banks are financing the development of electricity distribution networks worth EGP 19.4bn. The plan includes establishing and expanding a number of distributors and transmission stations, and setting power transmission lines and cables for the medium and low voltage, as well as the installation of smart meters and related networks.

Shaker stressed that the participation of banks in financing the sector’s projects reflect their confidence in the success of the electricity sector in the management of its projects, praising the cooperation of the Ministry of Finance to pay the greatest value of the interest on the loans.

The minister said that a part of the loan will be allocated to launch mechanical control centres for the management of loads and networks in all electricity distribution companies nationwide, in addition to the loan provided by the Japan International Cooperation Agency (JICA).

He noted that the country has not experienced any power cuts over more than two years, except rare power cuts caused by emergency failures in a limited number of areas. “There are technical faults and overloads in transmission stations built 30 years ago that affect distribution networks; therefore, the ministry will renew and replace all dilapidated transmission stations within two years,” Shaker said.

The minister revealed that the Dabaa contracts will be reviewed by the State Council, adding that the date of signing the agreement has not been determined so far.

The Dabaa contract includes the construction, supply, and operation of the Dabaa nuclear plant through four agreements: main construction, fuel supply, provision of expertise and technical support during operation, and construction of depleted fuel depots.

Russia will provide a governmental loan to Egypt worth $25bn.

The loan is used to finance 85% of the value of each contract to implement works, services, and shipments of the project. The Egyptian side will pay the remaining amount, representing 15%, in the form of installments. The amount will be paid to the benefit of the authorised Russian institutions in a way that suits the contracts, in the form of an advance or any payment that is made later after implementing works and services and delivering supplies. The term of the loan is 13 years over the period from 2016 until 2028, at a 3% annual interest rate.

Shaker said that the Siemens power stations in Beni Suef, the New Administrative Capital, and Borollos will be in full capacity at 14,400MW by May of next year, where the first phase of the projects has a capacity of 4,800MW. The second phase, with a capacity of 4,800MW, is being implemented.

He explained that the total cost of construction of stations is not high, especially since it will be recovered after five years of commercial operation, thanks to savings on fuel.

He added that the three power plants will save fuel worth $1.3bn per year.

The power capacity per station is at 4,800MW, totaling 14,400MW. They rely on 24 gas turbines of H Class, chosen for high productivity.

Siemens’ work frame also includes supplying 12 steam turbines and 36 generators, along with 244 heat exchangers and three transformer substations with a gas insulation system with a capacity of 500KV.

The Ministry of Electricity has contracted Siemens to establish three power plants with a total capacity of 14,400MW through EBC+ Finance. Siemens handles design, construction, and financing, while EEHC repays the loan over several years.

Three German banks, KfW Development Bank, HSBC, and Deutsche Bank secured funding for Siemens’ projects in Egypt, amounting to €4.1bn of a total contract value of €6bn. Arab banks secured the remaining funding in Egyptian pounds to pay for the Egyptian companies participating in constructions, including Elsewedy Electric and Orascom.

Shaker highlighted the challenges faced by the energy sector during the last period, the most important of which is the lack of fuel, the low productivity of plants, the high subsidy value, the weakness of legislations and policies for investments, and lack of financing mechanisms.

He added that many measures have been taken since 2014 to provide the gas through allowing importation to counter the deficit of available gas for the plants, next to the urgent plan that was implemented in conjunction with the five-year plan projects from 2012-2017.

He added that achieving regional cooperation in the field of electric energy will have a positive impact on the optimal use of natural resources and achieving sustainable regional development based on the integration of state policies for the present and future energy.

He explained that smart grids represent a quantum leap in the future of the transmission and distribution of electric power at the present time, which is heavily dependent on the exploitation of renewable energy resources, and to achieve optimal utilization of electricity and reduce the cost of production. It is also working to make the consumer a partner in the electricity management system and provide several options for the purchase of energy.

The minister said that the future vision of the electricity sector is based on the gradual transformation of the current network from a typical network to a smart grid using modern technologies and information systems. It will contribute significantly to improving energy efficiency.

He added that to achieve this vision, it is necessary to work on the management of assets in a sound economic manner and achieve the highest return, improve the quality indicators and reliability of the network, improve network efficiency and reduce the percentage of loss, and achieve customer satisfaction for the service provided.

According to the schedule, 800 MW were added on the electricity grid through two production units in Borollos at the end of last month.400 MW will also be linked from Beni Suef power plant in October.

According to the agreement with Siemens, 1,200MW will be added through three production plants in the New Administrative Capital, next to another 1,200MW from three units in Borollos in November.

Starting from January 2018, Siemens will add 1,200MW from three production units in the New Administrative Capital and 400MW from the Beni Suef plant in February 2018.

According to the agreement with the German company, 1,600MW will be added in March 2018, including 1,200MW from three units in Beni Suef and 400MW from Borollos.

In April, 2,000MW will be added, including 1,200MW from three units in the New Administrative Capital plant, 400MW from Borollos, and 400MW from Beni Suef.

Shaker said that the mix of electricity consumption in Egypt needs to be carefully considered, studied, and reviewed. It is clear from the distribution of consumption ratios in different sectors that the domestic sector represents more than 43% of consumption, and industry 21.6%, which is different from the ratios around the world, where traditionally the industrial sector consumes more.

He pointed out that there is no other country in the world that could face the high demand on electricity just by building new plants, but must be done through consumption rationalisation and improving efficiency of power production.

He explained that the costs of building a plant per MW is 5-7 times more than costs to save the same amount through rationalising, next to the costs of fuel and maintenance and the element of time, as well as the benefit of consumers.