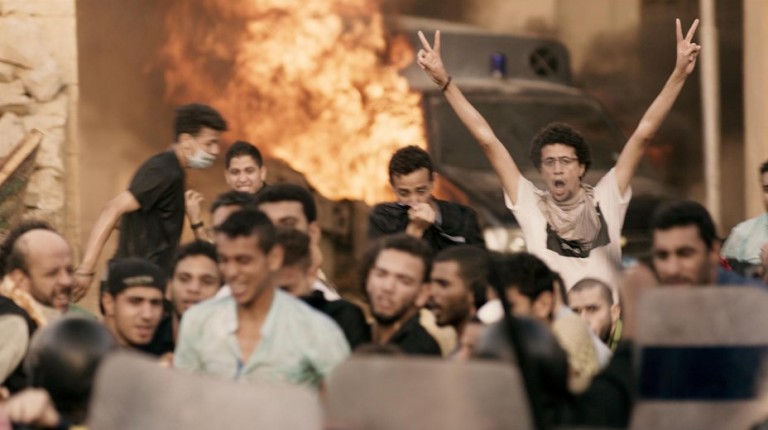 Before the invasion of Indian culture of Egypt through films, TV series, or songs, reading was the only gate for those interested to know more about the civilization of literature, music, dancing, and food; and nothing beats “Sawtul Hind” (The Voice of India) magazine in highlighting Indian culture and the Egypt-India relationship.

The magazine celebrated publishing its 500th issue on Monday, with the attendance of Minister of Culture Helmi El-Namnam at the Egyptian Centre for International Cultural Cooperation in Zamalek.

For 50 years, the magazine, issued by the Indian embassy in Cairo, was the flagship between Egypt and India, mainly focusing on the monthly political events taking place between both countries and enriching both cultures by writing about their heritage and traditions.

The evening also witnessed the opening of a photo exhibition displaying various covers of the magazine through its journey of building Egyptian-Indian cultural connections.

“Sawtul Hind devoted a lot of effort in recording the deep connections at a social and popular level between the people of our two countries,” said Indian Ambassador to Egypt Sanjay Bhattacharyya. “It noted how our ancient civilisations grew around noble rivers far apart but were united by the seas. It also observed how our relations swelled with trade and through economic and scientific exchanges. It also profoundly contributed to promoting literary and artistic works and to sharing the joy of the present and the dreams of the future as a participant in our vibrant cultural exchanges, especially the growing exchanges between people.”

In a journey over six momentous decades, “Sawtul Hind” became a chronicle of history. The milestone commemorative edition of the magazine is a compilation of some of the epochal developments the journal has recorded, he added.

From his side, El-Namnam appreciated that the magazine witnessed prominent Egyptian literature ever since its first issue in 1952.

“Sawtul Hind is a great magazine. If one follows its first issues, he will notice that some of its writers were Egyptians, like Tawfik el-Hakim, Abbas Mahmoud al-Aqqad, Ahmed Kasem Gouda, and many others who were considered popular writers at that time,” El-Namnam said.

“It makes us proud that there is a cultural magazine published by an embassy, which is being published in Egypt for over 50 years on a regular basis,” he added.

Over the decades, the magazine worked on reflecting the countries’ political cooperation, economic engagement, and cultural ties.

In his speech, El-Namnam added that the magazine was first established at a time when Egypt and India were experiencing political changes, and it witnessed the strong relations between leaders Gamal Abdel Nasser and Jawaharlal Nehru and also Indira Gandhi and Anwar El-Sadat.

This year, India celebrates 70 years of independence from the British Empire, which also marks 70 years of building close, friendly diplomatic ties with Egypt.

“Witnessing momentous transformations in political, economic, and social life in the 21st century, Sawtul Hind once again recorded the Modi-Sisi understanding as we re-engaged on three pillars of political-security cooperation, economic engagement, and cultural exchanges to craft a new partnership in the new era,” the ambassador said.

This is beside a wide array of artists who participated at the celebration, including prominent actress Samira Abdel Aziz, and the distinguished artesian Mohammed Abla, as well as members of the Egyptian Caricature Society Emad Abdel Maksoud, Fawzy Morsy, Khaled ِAl Marsafy, Mohamed Fathy, Amina Kamel, and Hassan Abdel Fattah.

Can the Maker Movement breathe new life into Egypt?