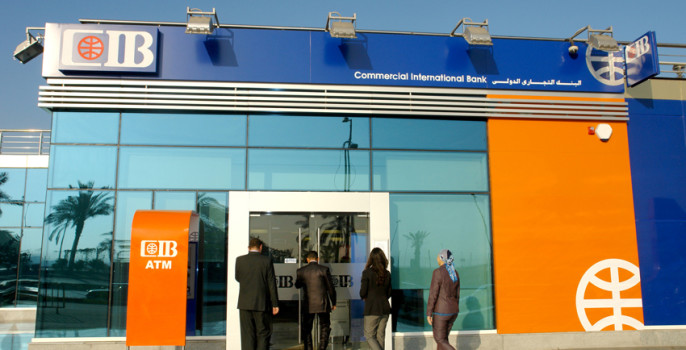 The note attributed the reason for the marginal miss compared to their estimates to the higher-than-expected effective tax rate.

Overall, all the key aspects of the results are more or less in line with their expectations.

In line with the balance sheet trends of Q1 2017, CIB’s balance sheet in Q2 2017 continued its focus on the Egyptian pound’s denominated component (especially on the lending side), which now comprises around 50% post flotation.

CIB’s management has been fixed on shedding excess foreign currency (FC) liquidity in light of the current weak appetite for FC and CAPEX lending, which offset the strong growth of the EGP-denominated loans (+14% q-o-q, +30% YTD).

However, the pace of FC loan repayments slowed down in Q2 2017, as Beltone had expected.

As such, CIB’s aggregate loan growth came in higher at 5% versus the 2% booked during Q1 2017. “We believe that the CIB can afford to shed FC liquidity given its plans to issue a FC-subordinated debt (c.$275m) to further support its capital this quarter (should add 2% to the bank’s CAR),” the statement said.

Deposits, on the other hand, continued to grow at a relatively slower pace than loans (+2% q-o-q, +6% YTD) given the tougher competition in the system and the CIB’s prudent control over deposit costs.

The solid momentum in fees and commissions, which started in Q1 2017 was sustained in Q2 2017, backed by trade finance revival on improved foreign exchange (FX) availability.

Finally, CIB’s capitalisation remain solid with a capital adequacy ratio standing at 15.6%, which is way higher than the Central Bank of Egypt’s (CBE) minimum capital requirement of 11.25% for 2017.

“Our estimates promote for a FV upgrade to the range of EGP 96–99, in light of the higher interest rate environment, which is supportive for CIB (among other players) and the sustained FX inflows,” the report concluded.