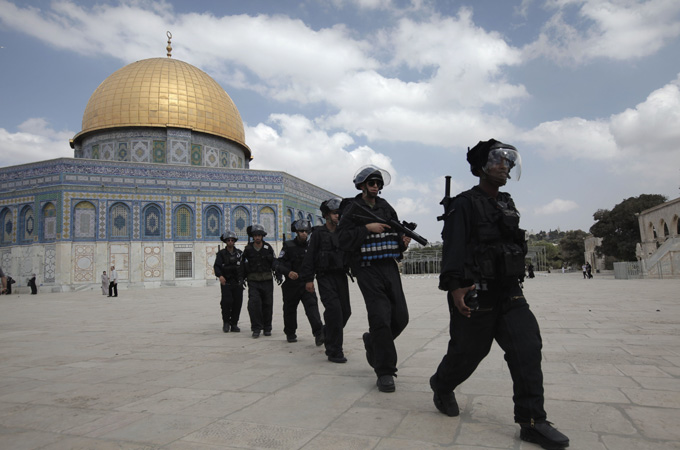 Egypt called on Israel to immediately stop violence against Palestinians in the Aqsa Mosque. In a statement issued Friday, the Ministry of Foreign Affairs (MFA) said it was extremely concerned with Israeli violence and escalation against the Palestinian people.

The statement condemned the killing and injury of Palestinian citizens as a result of excessive use of force.

At least three Palestinians were killed and hundreds injured as Israeli security forces, which used live ammunition. Palestinians organised “Friday of Rage” mass protests against Israel’s arbitrary installation of metal outside the gates of Al-Aqsa Mosque, which followed a historic unprecedented ban on prayers there.

Egypt further warned that the current situation would negatively impact the continuation of negotiations between the two sides, which targets a final and fair solution to the Palestinian cause.

This comes as President Mahmoud Abbas decided to freeze all contacts with Israel until it removes all metal detectors and until the situation returns at the Muslim holy place to what it was before, Palestinian WAFA reported.

UN Secretary General António Guterres issued a statement Friday, saying he “deeply deplores the death of three Palestinians in clashes today with Israeli security forces and calls for these incidents to be fully investigated.”

Egypt warns of impacts of latest developments at Al-Aqsa Mosque