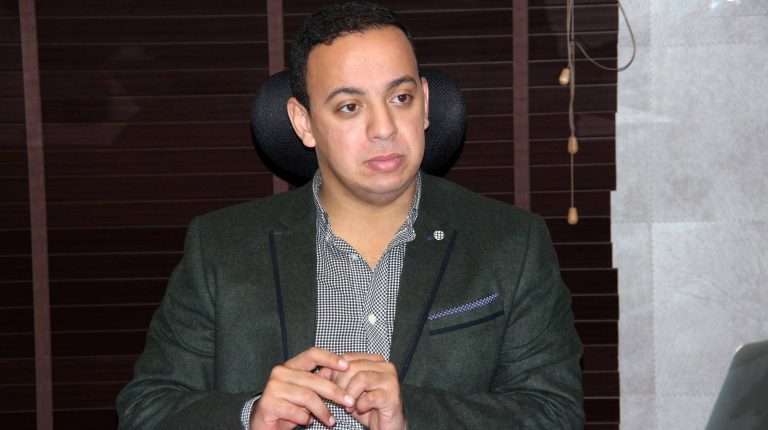 In an interview with Ahmed Taher, Chief Executive Officer of Knock Mart Food Industries that brought online food shopping to Egypt, said that his company achieved growth of 400% in 2016, with plans to reach 1,000%.

Knock Mart is the first commercial chain to introduce the concept of shopping for food items and household products via the internet without bothering to go to the supermarket. It enables clients to shop online and get the cart delivered to their homes. Moreover, Knock Mart sells the finest goods with large variety to meet clients’ demands and maintain quality standards.

What are the challenges that face e-commerce in Egypt?

E-commerce faces many challenges, including the absence of laws regulating it and controls on informal trade through social networking sites, in addition to the weakness of the internet and lack of coverage of many areas, as well as the continued absence of the culture of purchasing electronically.

What controls does electronic commerce need in Egypt to grow?

It is necessary to establish controls to eliminate unofficial e-commerce, due to lack of seriousness of many of them and their negative impact on customers and serious companies operating in the e-commerce sector, in addition to their contribution to depriving the state of its right to taxes.

Furthermore, it is important to develop laws for the regulation of electronic commerce, which is witnessing growth and popularity in the world, representing at least 16% of the GDP of many countries. In Egypt and the Middle East, it only accounts for 1%.The rules governing e-commerce in Egypt are specific to the regulation of traditional trade and includes items and policies that are not compatible with the nature of e-commerce.

The organisation of e-commerce will contribute to pushing the economy and attract many investments, in addition to achieving other developmental goals, such as raising the occupancy and development rates in the cities of new urban communities, whether existing or planned cities, such as the New Administrative Capital, and thus achieving the state plan for urban expansion.

How many online buyers are expected through 2017?

The number of online buyers in Egypt has increased significantly over the past few years; most of them are youth and newlyweds. The number will reach 15 million this year.

How many branches are there?

The company recently opened its latest branches in the Egyptian market and its first branch in Alexandria, bringing the number of branches of the company to 20 across Egypt and Alexandria in only two years from launching the company in Egypt. We are seeking to open new branches this year, as part of the horizontal expansion plans of the company that is commensurate with the state’s strategy to develop the cities of the new urban communities, provide the needs of its population, and ensure increasing occupancy rates.

How many complaints reach the company of delayed orders?

The ratio of complaints due to delayed orders account for 1% only. The company operates 24/7 throughout the year.

What are the advantages offered by the company to its customers and the extent to which it differs from existing non-electronic business chains?

Knock Mart has many advantages that make it different from traditional retailers and chains in terms of quality of products, especially fresh ones such as vegetables, fruits, and meat. We also offer special prices to provide clients with the lowest prices compared to other competitor chains. Knock Mart also has efficient customer service, from receiving complaints to answering them immediately. This includes quality of products, where we do offer replacement of goods with similar ones or alternatives, and even giving cash back.

The company also introduced several offers in recent months that meet the various needs of customers, including the one-day offer. The company puts forward a weekly offer with discounts on certain commodities, such as rice, dairy, sugar, and oil, through one day. The discounts could reach 25%. There are also monthly discounts on many goods.

What is the growth rate achieved by the company during 2016 and what is expected in the future?

The company has succeeded in gaining the confidence of customers through its commitment to provide the required goods at special prices with special offers and short delivery time. The company also penetrated several areas and new cities that suffer from scarcity of commercial outlets.

The company raises its capital periodically every six months, which suits its expansion and development plan. This also relies on the suitability to the rapid changes in the economy and the needs of the market and customers.

What initiatives does the company support to stimulate e-commerce?

The company has adopted an initiative through which it aims to change the trade and retail market and provide job opportunities for up to 5,000 through developing the shops, working to increase their efficiency, and maximising their role. The company, through the initiative, also holds partnerships with retail shops, where Knock Mart links the shops to its electronic network and provides goods and items to these shops at the same prices of the company. This way, these retail shops turn into distributors. This helps cover new areas and shorten delivery times, along with providing clients with the chance to buy the products at discounted rates with high quality standards.

Customers can either request through the Knock Mart app and get items delivered from the nearest outlet, or they can go directly to those outlets. Knock Mart handles the inventory of those shops and supplies them with goods that are commensurate with the daily demand rates of the customers to ensure the reduction of depreciation rates of goods that remain in stock. In addition, Knock Mart has requirements in the shop before entering into partnership with them. This includes the area of ​​the shops, which ranges on average between 150-200sqm and must be less than 300sqm. Shops are also required to have a good reputation in the area and own a lease of no less than five years.

Does the company supply the shops with goods?

Knock Mart supplies about 2,500-3,000 goods to shops. This reduces the cost of transportation, supplies and other costs in the shops. This way, we also contribute to controlling the prices, as shops are then required to provide the same discounts that Knock Mart has. This boosts competitiveness with the neighboring shops, which will automatically reduce the prices of their products to ensure continuity of competition. This also plays in the same framework of the state’s plans to bring down prices.

The company has implemented this experience and opened the first store in Heliopolis under the name of i-Mart. The Knock Mart company supplies the goods and links the shop to the Knock Mart network. Profits are divided, and 65% goes to the owner, while we get 35%, which is equal to the cost of goods with a small profit margin.

How many branches do you intend to open in 2017?

The company is preparing to open its newest branches in the North Coast in a few days in conjunction with the start of the summer season.

The company has also expanded its scope of operations to coastal areas to meet customer needs during the summer months and throughout the year, especially as the government begins implementing an integrated plan for developing the North Coast and turning it into an integrated area that works for 9-10 months, not only three months per year.

The new branch covers the North Coast to Marina. Rest assured that the provision of services and the needs of citizens contribute to raising the occupancy rates in the region and attract customers.

The company also recently opened its first branch in Alexandria Governorate. We are also preparing to open new branches as part of the horizontal expansion and coverage of many new governorates and cities.

The e-commerce boom will contribute to the development of many cities, whether existing or planned cities, such as the New Administrative Capital.

What proposals did the company provide to the Ministry of Supply to support e-commerce in Egypt?

The company had submitted a proposal to the Ministry of Supply last year to link the chains and its outlets to an electronic network. The ministry has a similar project, which is Game’ty, through which the shops are granted commodities. But the idea of Knock Mart includes supervising the activity of shipments and ensuring their commitment to selling at the prices stipulated.

The proposal submitted to the ministry does not require major equipment or costs to connect to a unified network.