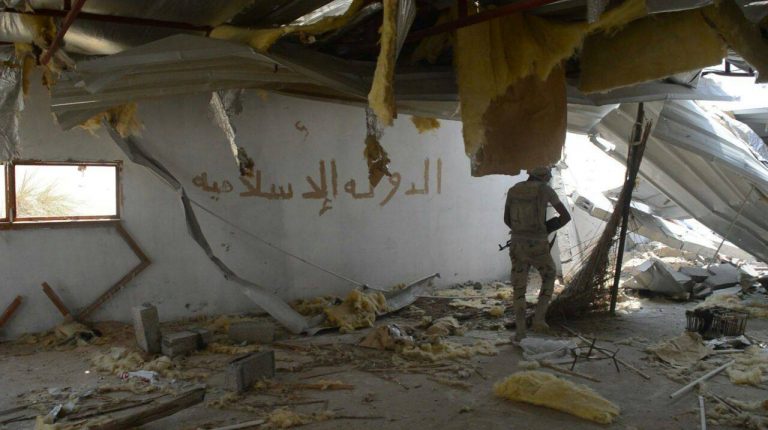 The army spokesperson announced on Wednesday that military forces are intensifying operations in the  fourth phase of the “Martyr’s Right” operation, resulting in the killing of 40 and the arrest of five, as well as the destruction of 30 different vehicles, according to the statement.

It added that the forces destroyed four hideouts used by terrorists and three motorcycles.

The operation has intensified after the militant attack on 7 July that targeted military forces when a suicide bomber stormed into the military post in the village of Rafah in North Sinai, killing and injuring at least 26 military personnel. The attack was claimed by the militant group Sinai Province.

Previously, the head of military intelligence affiliated with the armed forces, Mohamed El-Shahat, announced that the military’s operation “Martyr’s Right” resulted in the death of 500 militants since its beginning in September 2015. He added that the army’s strategy to face terrorism is based on three stages. The first depends on monitoring and following up on terrorism networks, in addition to dismantling bases that provide logistical and financial support to these networks.

The second stage is based on the execution of military sweeping operations in cooperation with police forces and the residents of the Sinai Peninsula, aiming to achieve full elimination of the terrorists’ presence, according to El-Shahat.

Meanwhile, the third stage depends on the launch of comprehensive development projects for the sake of upgrading the living status of the residents of the Sinai Peninsula, with a strict follow-up on the security measures undertaken to fight terrorists.

Since 2013, state security forces, represented by both the army and the police, have been engaged in violent clashes with “Sinai Province”, known previously as Ansar Beit Al-Maqdis. In 2014, the group declared its affiliation with IS and has launched deadly attacks on army and police checkpoints.